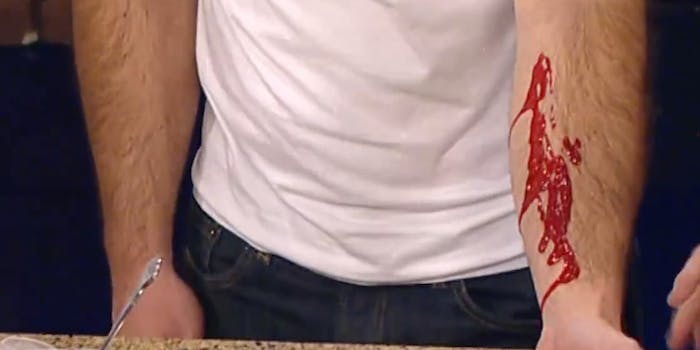 It's terrifying AND edible!

No other holiday is as fun as Halloween, but let’s face it: costumes can be a real pain to prepare.

That’s why we have to pass on this quick recipe for fake blood from Internet science guy Steve Spangler. It’s so simple that even the least DIY-ready Halloweener could whip up some seriously gruesome gore and have an instant costume.

Not only does Spangler’s recipe look terribly convincing, but it only contains four ingredients—and they’re all edible.

Who knew cocoa powder could be so ominous?