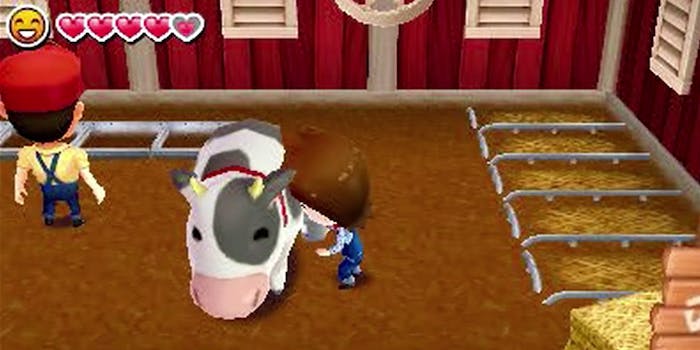 Get ready for a nostalgic twist on the long-running franchise.

Natsume has announced the next installment of its beloved Harvest Moon farming franchise, and it won’t just be available to fans on PlayStation 4. Natsume said Tuesday that Harvest Moon: Light of Hope will be available for Nintendo Switch and PC as well.

Revive the Lighthouse, save the town in #HarvestMoon: Light of Hope, a new adventure coming to PC, PS4, & Switch! Playable at #E32017 pic.twitter.com/I3Uj8TnDai

Though few details have been revealed about the game, Natsume has indicated Light of Hope will be a twist on the Harvest Moon formula. For starters, the player begins the game aboard a ship, searching for a new home.

“As they drift into a small harbor town, now in a shambles from the storm, it will be up to the player to help rebuild the town and save the lighthouse,” Natsume said in a press release. “Nevertheless, with some hard work growing crops, tending livestock, and gathering materials for repairs, players will be able to make new friends, start a family, revive the lighthouse, and save the town.”

For the 20th anniversary of the franchise, Natsume president and CEO Hiro Maekawa said the company wanted to create a “SNES-style nostalgic game” with depth and a robust story.

We expect to get more details on Light of Hope during the E3 gaming conference June 13-15.