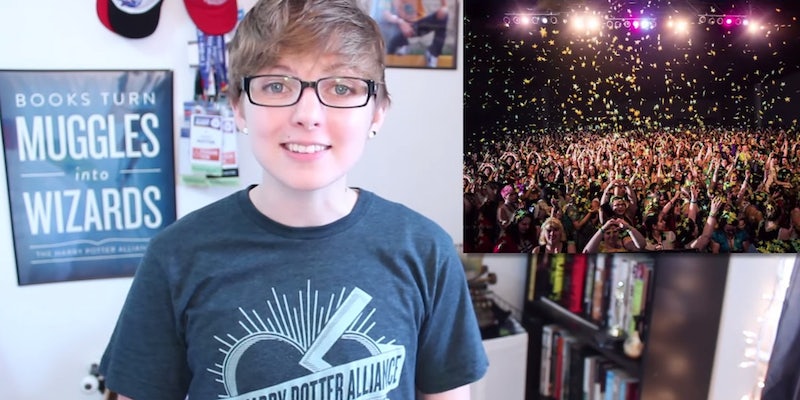 John Green matched $10,000 in donations made to the fandom non-profit's Equality FTW campaign.

The Harry Potter Alliance is hosting its annual Equality FTW campaign, a fundraising drive to allow the fandom non-profit to continue its many charity drives and political advocacy—including a project Hermione herself would approve of.

John Green pledged to match up to $10,000 in donations, a goal that was easily met earlier this week after his substantial fanbase, which overlaps considerably with the Harry Potter fandom, stepped up to donate to the cause.

The newest HPA project, named after one of the Harry Potter series’ most beloved characters, is designed to raise a new generation of fandom activists. The Granger Leadership Academy, named after Hermione Granger, is a leadership conference taking place this weekend (October 17–19) at Auburn University. The goal is to empower people to turn their fandom into real-world activism, something that HPA founder Andrew Slack found transformative in his own life.

But our favorite part of the campaign is undoubtedly this moving tribute to the power of fandom from HPA staffer Lauren Bird. The 24-year-old treats us to a rundown of the non-profit’s many accomplishments, which include collaborations with Sesame Street and a major drive to shift the media buzz around The Hunger Games from Capital Couture to real-life economic inequality. But Bird also celebrates the energy and dedication of the fan community that made all of these things possible. This grassroots activism is a core part of the Harry Potter fandom as well as the Nerdfighters who make up the Green brothers’ fanbase.

Bird describes the growing mainstreaming of fandom and the rise of a new generation of empowered and vocal fans who are not only proud to call themselves fans but eager to apply their values to real world problems. HPA is just one of a number of ongoing projects that combine fandom advocacy with real-world activism, including the Glee Box Project, the Sterek Campaign, and the OTW.

HPA seems to be the most prominent of these—hardly any wonder since the immense Harry Potter fandom shows no sign of slowing down any time soon. And since studies have shown that reading Harry Potter makes you a better person, it looks like the fandom will be producing homegrown activists for years to come.