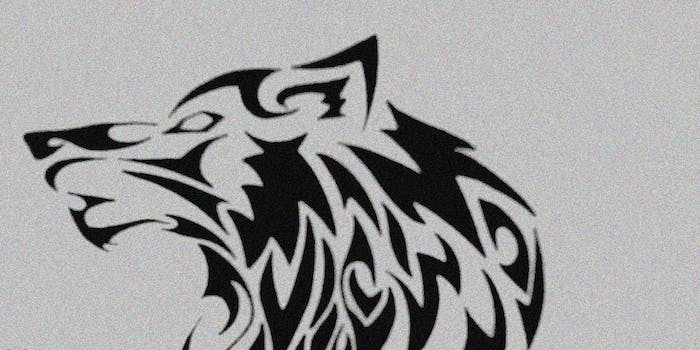 George R.R. Martin is about to kill off two ‘Game of Thrones’ fans

Two lucky fans are meeting their grisly end in the next ASOIAF installment—to the tune of $20,000 each.

There must be 5,000 ways to die, and George R.R. Martin has used at least 4,999 of them to kill off legions of characters in his epic fantasy series A Song of Ice and Fire, a.k.a. HBO’s Game of Thrones.

Now, he’s putting his grisly spirit to good use, giving adventurous readers the chance to die horribly in one of his upcoming books.

The offer is part of GRRM’s crowdfunding project for the Wild Spirit Wolf Sanctuary in New Mexico, a cause dear to the heart of the man who gave the world direwolves. He’s also fundraising for the Food Depot of Santa Fe. To sweeten the pot, every person who donates will be entered into a contest to tour the wolf sanctuary with the real king of Westeros.

But the real prize has to be the one available to two lucky fans with $20,000 to spare: Martin will write them into a future installment of the series, with the tantalizing promise to ensure they meet a terrible end:

At this level, you’ll get the incredibly exclusive opportunity to have George name a character after you in a future A Song of Ice and Fire novel. There is one male character and one female character available. You can choose your character’s station in the world (lordling, knight, peasant, whore, lady, maester, septon, anything) and you will certainly meet a grisly death!

The prospect of getting to appear in the series as a “martyr,” the name given to the $20,000 reward level, has already proven irresistible: The two $20,000 spots have already been snapped up.

Although the charity has been live for less than a day, the overall funding goal of  $200,000 is well on its way to being reached, with over $160,000 raised so far. Other limited-offer rewards that went quickly included tickets to the Series 5 premiere and breakfast with GRRM himself.

At press time, you could still bid $7,500 to win one of GRRM’s notorious “old Greek sailor caps (well worn!)”