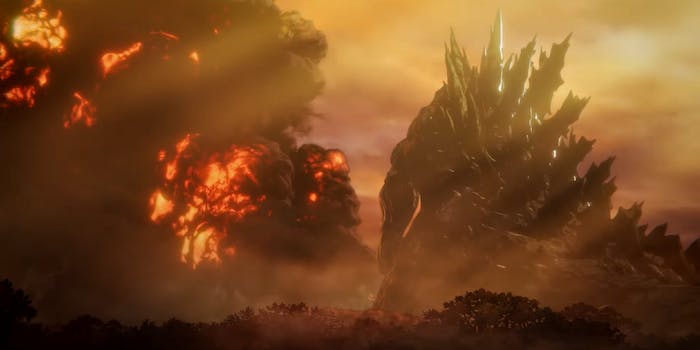 This time it's for Earth.

Godzilla has faced all kinds of terrifying monsters over the years, but in his latest animated iteration, he’ll be sparring with everything humanity has left.

Godzilla: Monster Planet takes place in the distant future as humans are driven away from Earth by Godzilla. They leave on a course for a new planet, but when they realize their destination is uninhabitable, they return back home to discover 20,000 years have passed. With Godzilla still reigning supreme, it’s a much different Earth than they had left.

With advance technology, decades-long grudges, and the planet on the line, this movie is already looking to be an explosive battle for survival, as well as a robot-versus-monsters fight to hold us over—or serve as a palette cleanser—for Pacific Rim: Uprising.

Godzilla: Monster Planet will arrive in Japan Nov. 17, while the rest of the world will have to wait a little longer for it to launch on Netflix.