But when the two computer scientists made an obscenity-laced, scathing joke paper as a way to reply to such requests in 2005, they had no idea that nine years later, one scam vanity press disguising itself as an “academic” journal would wind up attempting to publish it with a straight face. 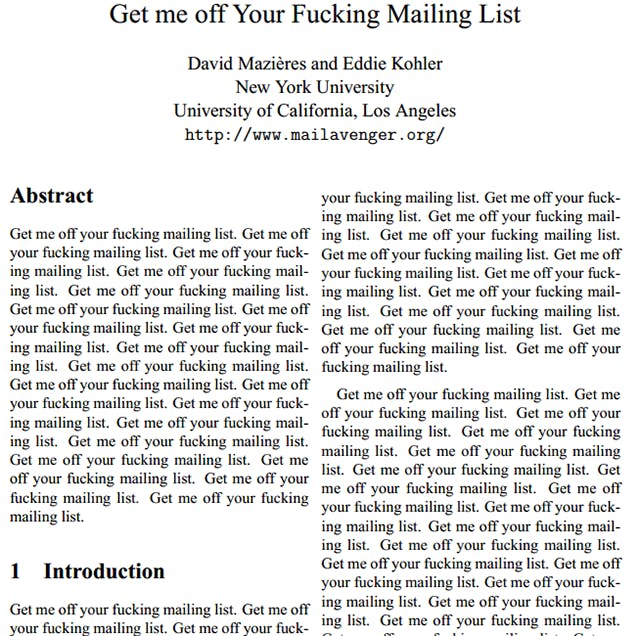 The paper, accurately entitled “Get Me Off Your Fucking Mailing List,” is a beautifully articulate nine-page sendup of actual academic papers, complete with references, subheadings, and of course flow charts: 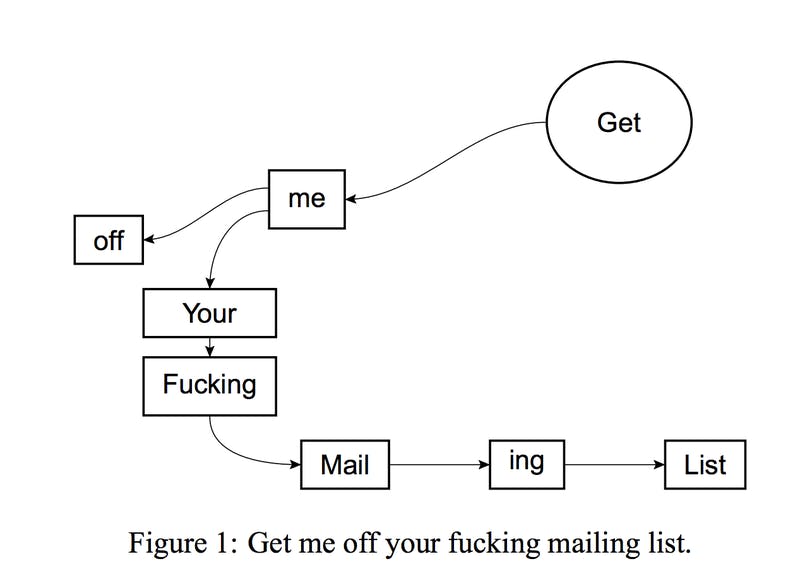 The two have made the paper available online for years, in case any other beleaguered fellow academics might want to make use of it to send a message to spam-happy fake journals and other time-consuming emailers.

Enter Dr.  Peter Vamplew, an Associate Professor of Computing at Federation University Australia. According to the blog Scholarly Open Access, Vamplew received an invitation to submit a paper to the International Journal of Advanced Computer Technology (IJACT). Don’t let the long-winded name fool you: as Vamplew soon found out, the “academic” journal was just an excuse to dupe the unsuspecting researcher into forking over money to see his work in print.

Vamplew sent the IJACT a copy of the Mazières-Kohler “paper,” assuming that whoever was in charge of vetting papers for the publication would open the attachment and realize it was a joke.

Instead, it appears no one from the fake company even looked at the paper before sending Vamplew a note of acceptance, complete with a document certifying that a fake academic had given the fake paper a fake review, and found that it met with an “Excellent” rating by the fake journal’s academic standards.

The IJACT courteously extended Dr. Vamplew an invitation to send it $150 to ensure immediate publication of his well-researched tome—after revising it, of course.

The fake journal, which listed its correspondence as issuing only from an anonymous “Editor in chief,” did judge Vamplew’s submission as only worthy of a “Good” rating when it came to presentation, however.

Perhaps more variety in profanity might help to up the presentation to “Excellent” rating?

Or perhaps Mazières and Kohler just need to get in touch with their inner Groot to produce the ultimate single-sentence masterpiece.