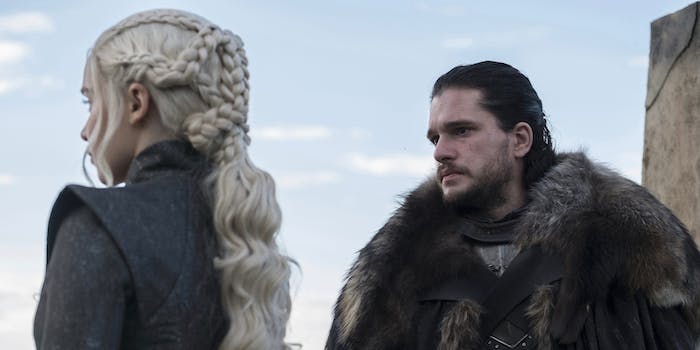 It was never going to be a quiet extraction.

Jon Snow traveled to Dragonstone on Game of Thrones to ask Daenerys Targaryen’s permission to mine dragonglass located on the island, and after two episodes he has yet to mine it. He wanted to show Dany the cavern and the ancient drawings left by the children of the forest, but one fan’s hilarious parody video demonstrated another perfectly good reason why Jon wouldn’t want to dive straight in: Mining is noisy.

It’s hard to tell the exact distance between Dany’s war room on Dragonstone and the dragonglass reserve, but she does have open windows and sound travels. She’s already irritated after several of her allies were taken out by Cersei Lannister and Euron Greyjoy’s forces, and the mining in the distance probably doesn’t help at all.

But in all seriousness, Jon probably just waited until after Dany stormed off with Drogon and her Dothraki fighters to attack the Lannister army to start mining for minimal disruption. Like a gentleman.

Correction: A previous version of this story incorrectly identified the captain of Euron Greyjoy’s fleet.