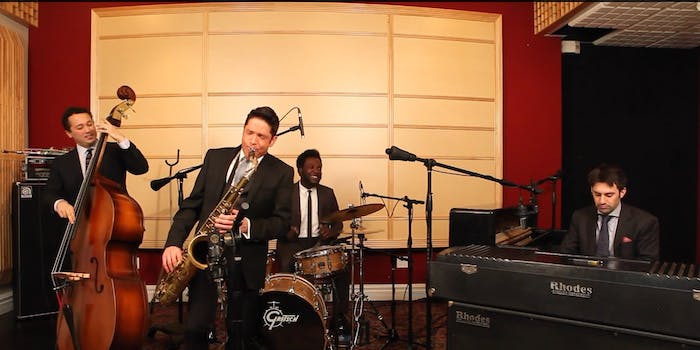 The houses of Westeros resumed their struggle to sit on the Iron Throne during last night’s season premiere, but on YouTube, one jazz band kicked back with their new version of the Game of Thrones opening theme. It’s as smooth as the newly heaed skin on Jamie Lannister’s sword arm.

Say it with us: Valar Miles Davis—all men must groove.

The band is Postmodern Jukebox, led by pianist Scott Bradlee. In this set they played the King’s Hand to renowned saxophonist Dave Koz, who takes the famously dramatic, brass-heavy theme and settles it to something relaxed and astonishingly mellow.

Give it a listen, and then see if you feel like pillaging your neighbors or just inviting them over for some wine and tasteful tunes.