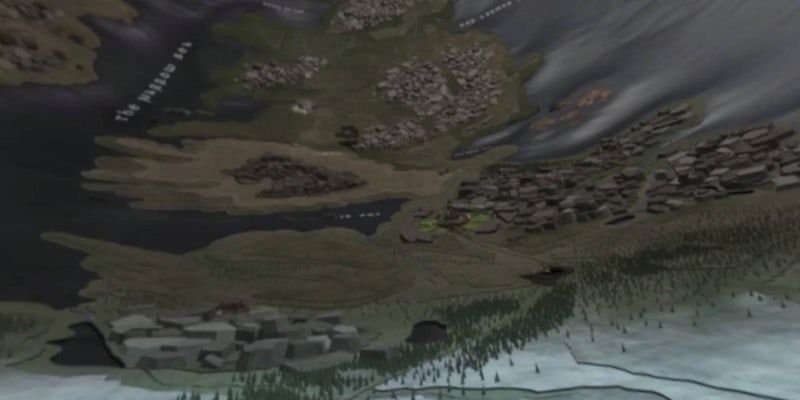 Screengrab via Game of Thrones/Facebook

See the Seven Kingdoms like you never have before.

HBO teamed up with Facebook and Oculus Rift in a collaboration with Elastic, the company that created the Game of Thrones introduction sequence that we see at the start of every episode, in order to create a 360 degree, virtual reality rendition of the show’s famous map for fans to explore and fly across just as easily as Drogon can.

Now fans can swivel the view on their screens so that they can see the world around them as the big cities and castles spring to life. They can see familiar sights from different angles, such as what traders and travelers see sailing underneath the Titan of Braavos.

And while most maps of the Known World cut off around Asshai and Qarth, the 360-degree map reveals an island we haven’t explored yet, which opens up even more questions in a series already full of them.