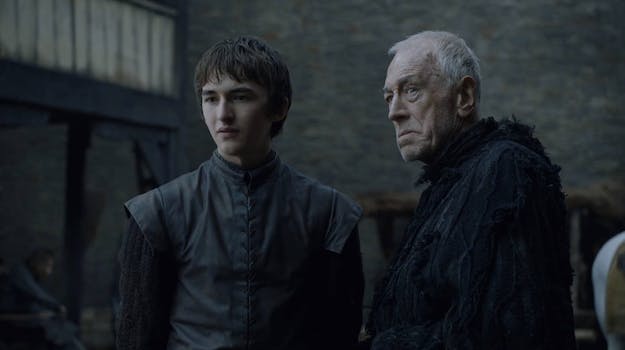 After a huge ‘Game of Thrones’ reveal, here’s what could be coming

The Wall isn't the only place that offered threads to follow.

Warning: This episode contains spoilers for the latest Game of Thrones episode, “Home.”

Jon Snow’s resurrection might be driving much of the conversation on Game of Thrones Sunday night, but it’s far from the only thing that happened in the jam-packed episode.

In an hour full of death—including a couple murders that are already controversial among fans—there was the occasional reprieve from the terrible reality that is living in Westeros. The episode also had the kind of intrigue and breadcrumbs fans have come to expect from Game of Thrones. With a major flashback (perhaps the biggest one of all) coming in “Oathbreaker” next week, fans will surely be paying even closer attention to every tiny detail.

What can we learn from the episode before us?

As hard as it is to believe, the Starks were once happy. Bran Stark saw it with his own greenseeing eyes.

“Home” reintroduces us to Bran and the Three-Eyed Raven, who we haven’t seen since the season 4 finale. They’re still using the weirwood tree to explore Bran’s skills, but this is the first time they’ve been inside a memory involving people Bran cares about. 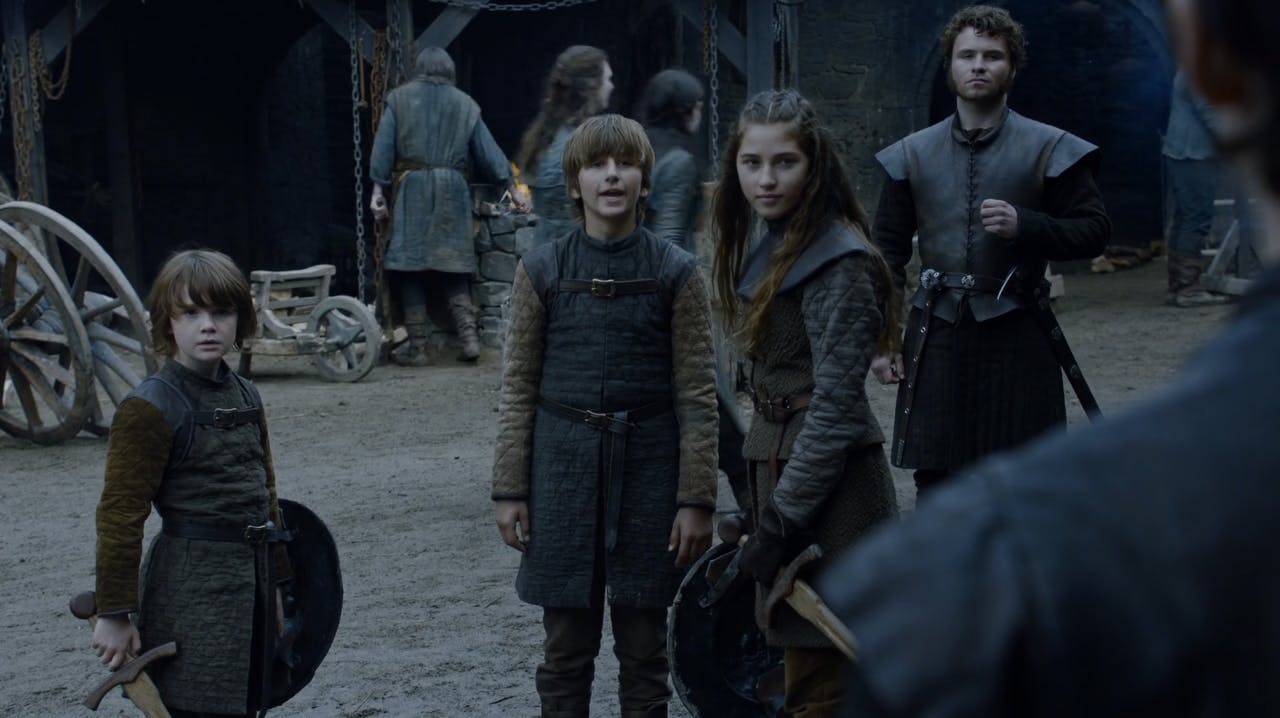 He sees much younger versions of his father Ned, his uncle Benjen, and his aunt Lyanna on the grounds of Winterfell. Lyanna, who has many of the traits we’ve seen in Sansa and Arya, calls for Willis (Hodor, whose original name is Walder in the books) to spar with Benjen, but Nan forbids it. Before he can see anything else, the Three-Eyed Raven pulls Bran out of the vision.

On the surface, there’s not too much here. It’s a flashback designed in part to reintroduce us to Ned, Benjen, and Lyanna while revealing that Hodor was able to speak words other than Hodor once. It’s also a preview for next week’s episode, when we’ll get a look at a big part of Ned and Lyanna’s story at the Tower of Joy (which is anything but joyful).

In other happy Stark news, Sansa has learned from Brienne of Tarth and Theon Greyjoy that Arya, Bran, and Rickon are all alive. But it won’t stay that way for long: Ramsay gets a “gift” next week, and some fans suspect that he’ll receive Rickon from the Umbers, the northern family believed to have been keeping him safe.

2) Just when you thought Ramsay couldn’t get any worse…

Seriously. Since we’ve been introduced to the Bolton bastard back in season 3, Ramsay has:

And now we can add kinslaying and infanticide to the list.

Up until now, Ramsay has been restrained by his father, Roose. Ramsay respected and feared him, even after he was legitimized by King Tommen Baratheon, but the birth of Roose and Walda’s son sealed their fate. After all, he doesn’t like uncertainty. 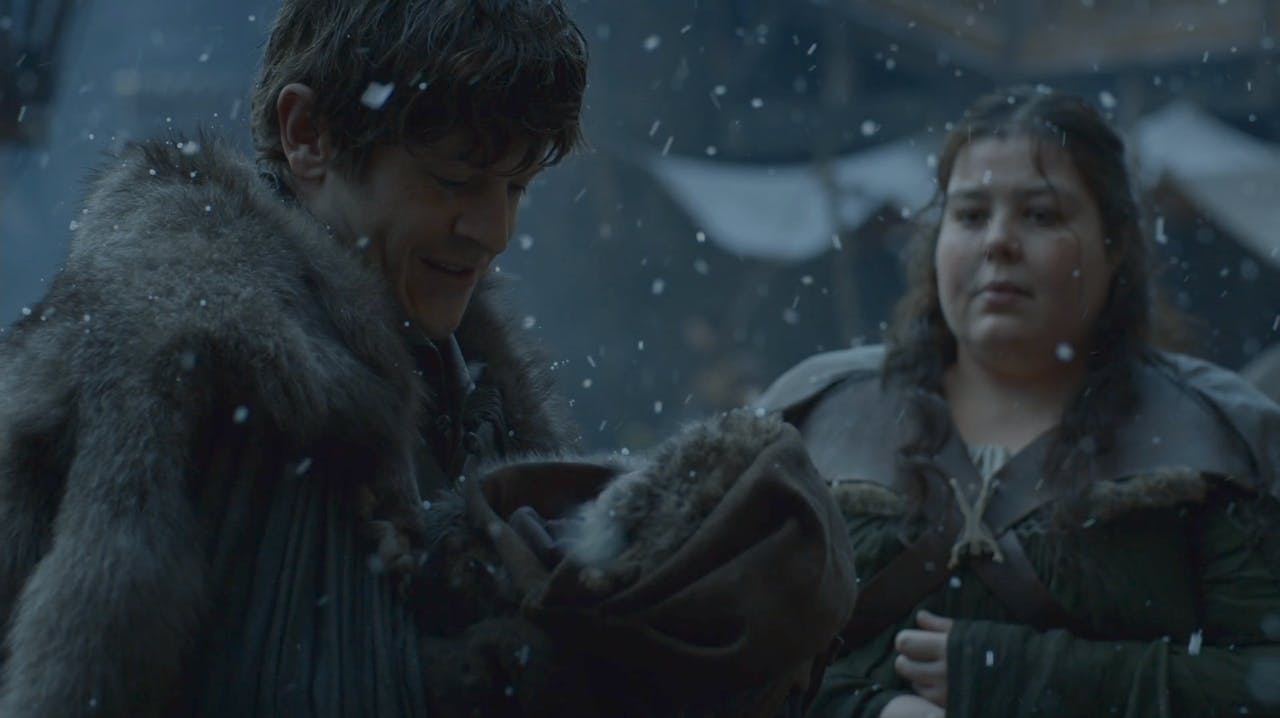 He congratulated his father, and then he stabbed him; the Boltons send their regards, indeed. He orders the maester to force Walda to come outside just hours after giving birth, dotes on his brother for a second, and then feeds the boy and his mother to his dogs.

Fans might still be freaking out about Jon’s resurrection, but some criticized Game of Thrones for yet another depiction of gratuitous violence against women and children, this time involving an hours-old infant.

This show would give me something I've been waiting 5 years to see on the same night as one of its top 3 worst moments. #GameofThrones

It’s nowhere near the first time something like this has happened (remember what happened to Shireen Baratheon last season), but this is a show that lingered on the screams of Walda Frey while avoiding a shot of Stannis’s death last season as “gratuitous.”

3) Never go on a rickety bridge during a storm

After not appearing for three seasons, Balon Greyjoy finally got what was coming to him.

He ended up facing his previously banished brother Euron on swinging bridge after he argued with his daughter Yara, and it wasn’t a happy reunion. The two are estranged, and what Euron had been doing all this time has only been rumored. 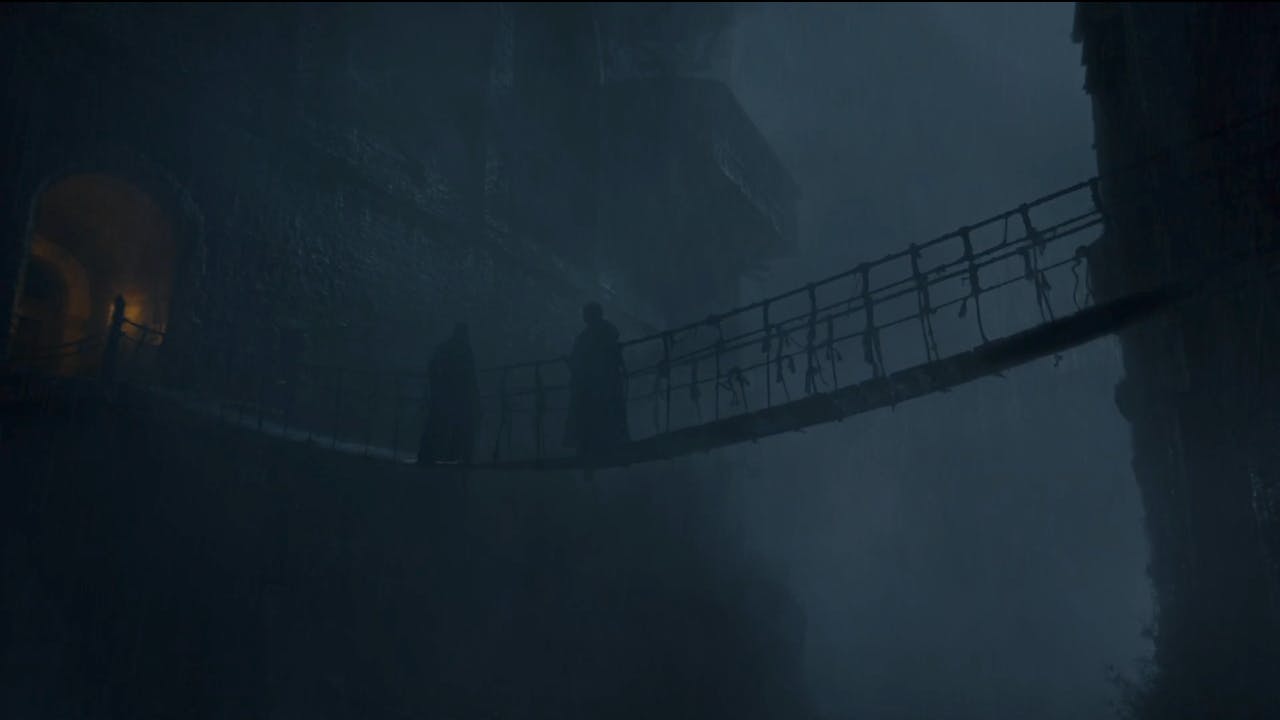 He has gone a bit mad, but he says Balon’s old and the Iron Islands need new blood. So he tosses his brother off the bridge.

Balon’s death is a little more ambiguous in the books, but Game of Thrones might have simplified it to reveal the ultimate perpetrator: Euron Greyjoy. And there’s a kingsmoot on the horizon.

Tyrion may drink and know things, but he definitely couldn’t have known how his encounter with Rhaegal and Viserion would turn out.

They may like Missandei, but right now it’s anyone’s guess why they didn’t just burn Tyrion to a crisp when he went to see them. Maybe they sensed that he would be the true breaker of chains for them. 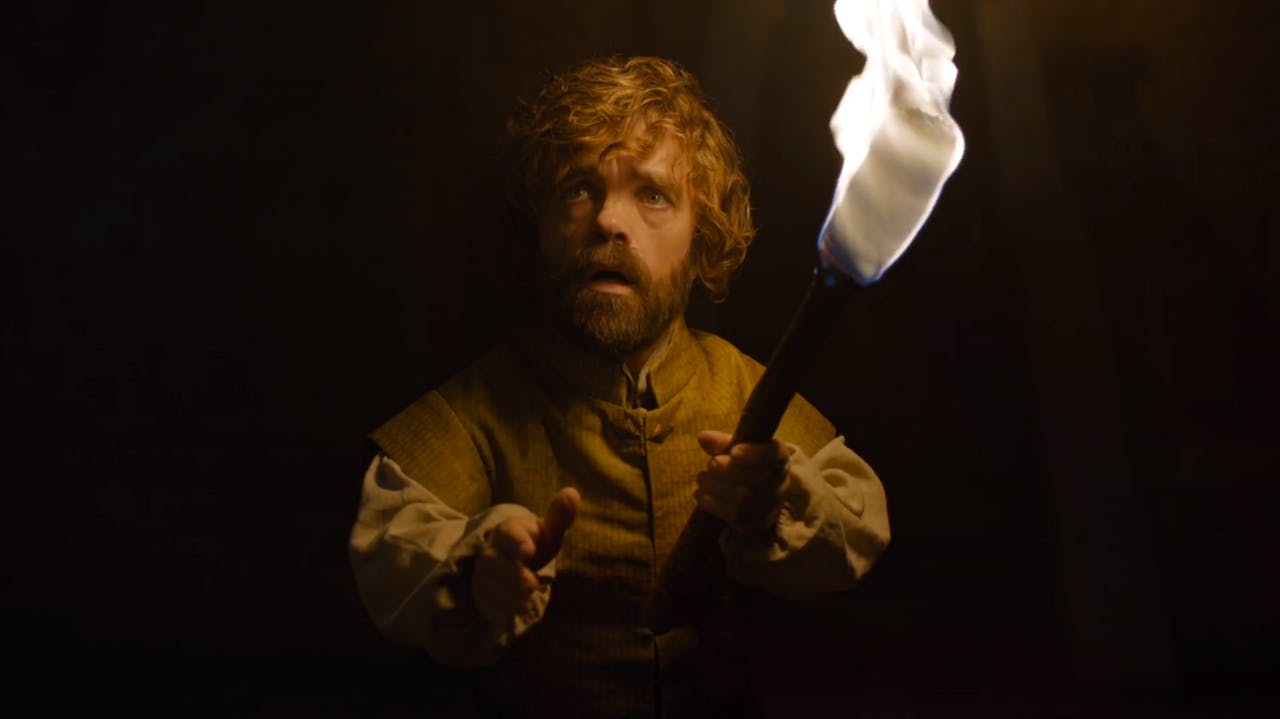 But does their mercy suggest something else? Jon might not be the only secret Targaryen from Westeros, and that might be something to keep in mind if they end up becoming even friendlier with the Lannister who finally got the Name Day wish he’s had since he was a boy.

“The dragon must have three heads,” Rhaegar Targaryen once said. Indeed.