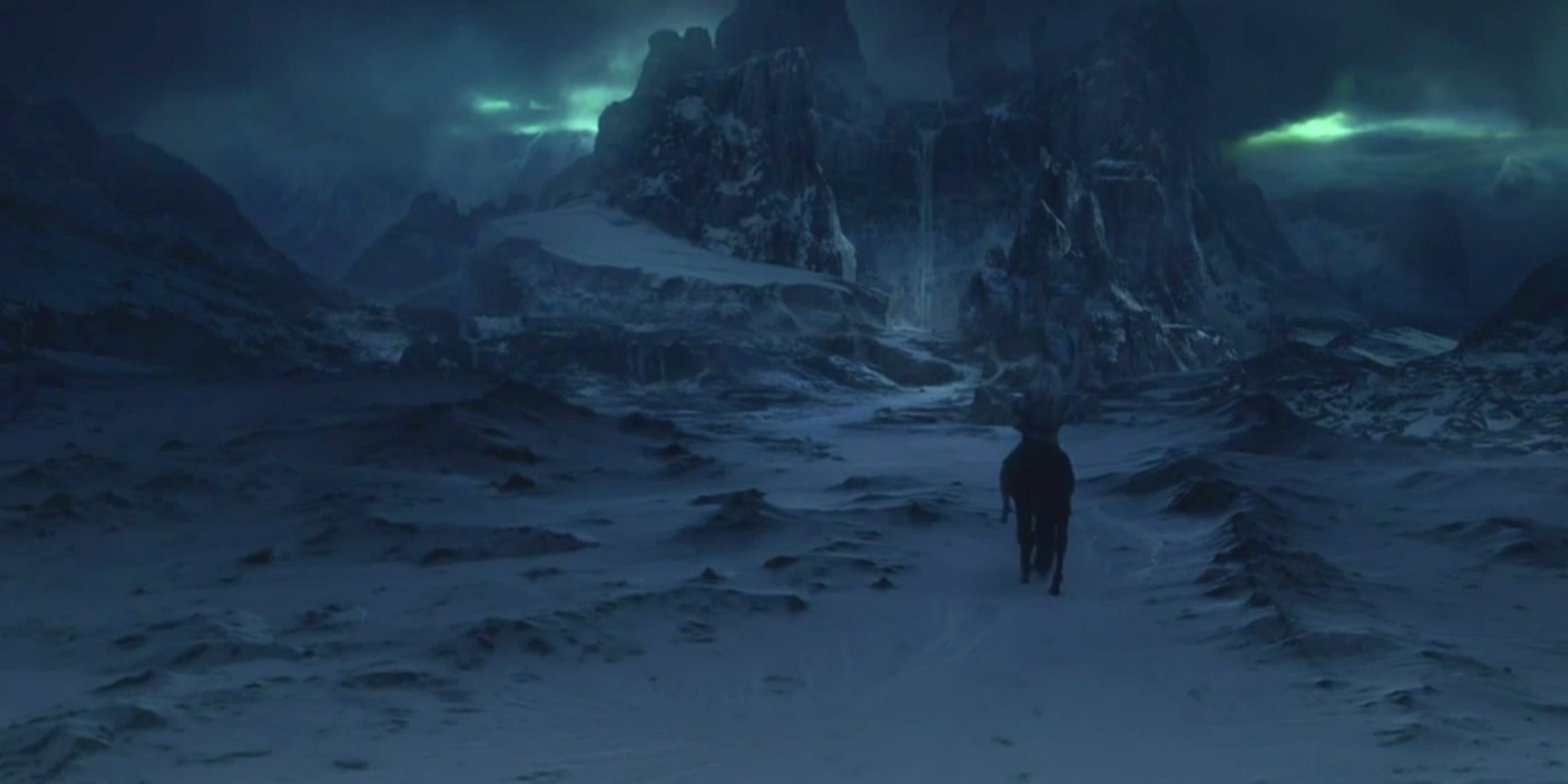 Did HBO accidentally confirm a ‘Game of Thrones’ theory?

Was it just a simple mistake by HBO, or were the powers-that-be hiding a spoiler even for book readers?

Warning: this article contains massive spoilers for the latest Game of Thrones episode and the A Song of Ice and Fire series.

Game of Thrones fans have looked to the book readers for context to the show, but even the most astute ASOIAF readers were left with questions after HBO may have (accidentally?) confirmed a theory in the last few minutes of “Oathkeeper.”

In a scene that’s not even in the books, we see a White Walker take one of Craster’s sons to a city of white we’ve never seen. The baby is placed on an altar, and then a White Walker who looks like Darth Maul from The Phantom Menace walks up and touches the baby’s face, which makes his eyes turn blue. 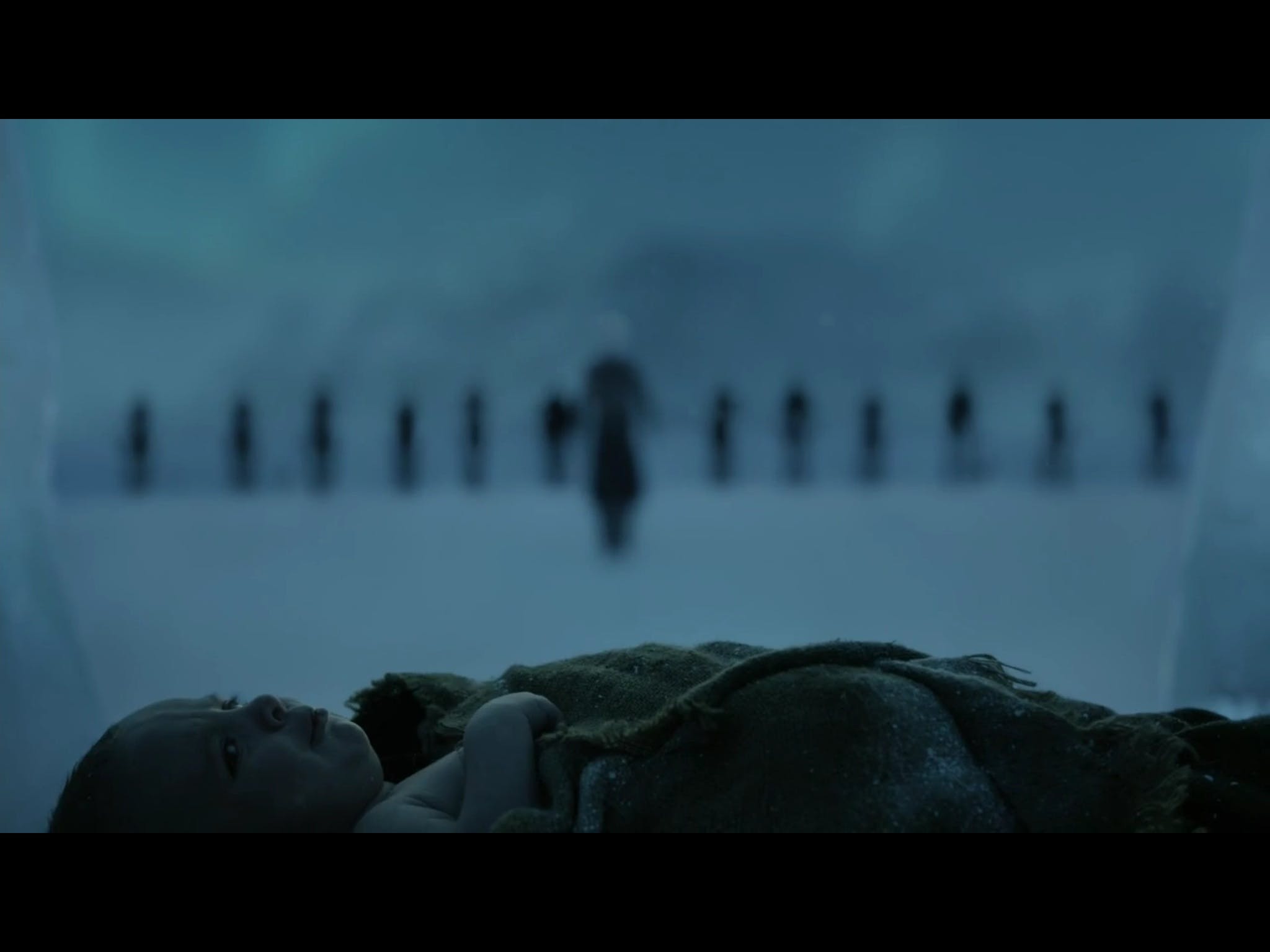 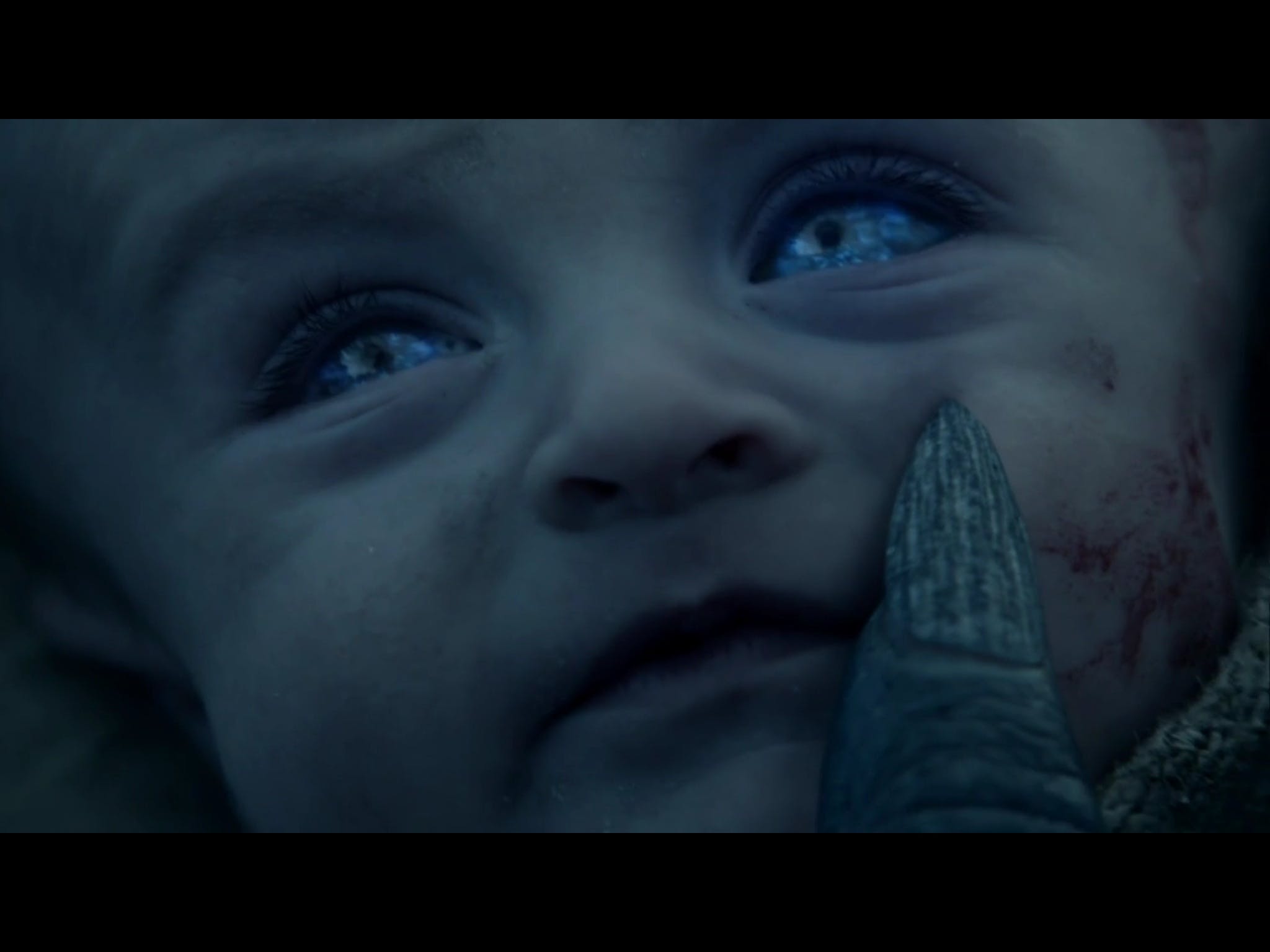 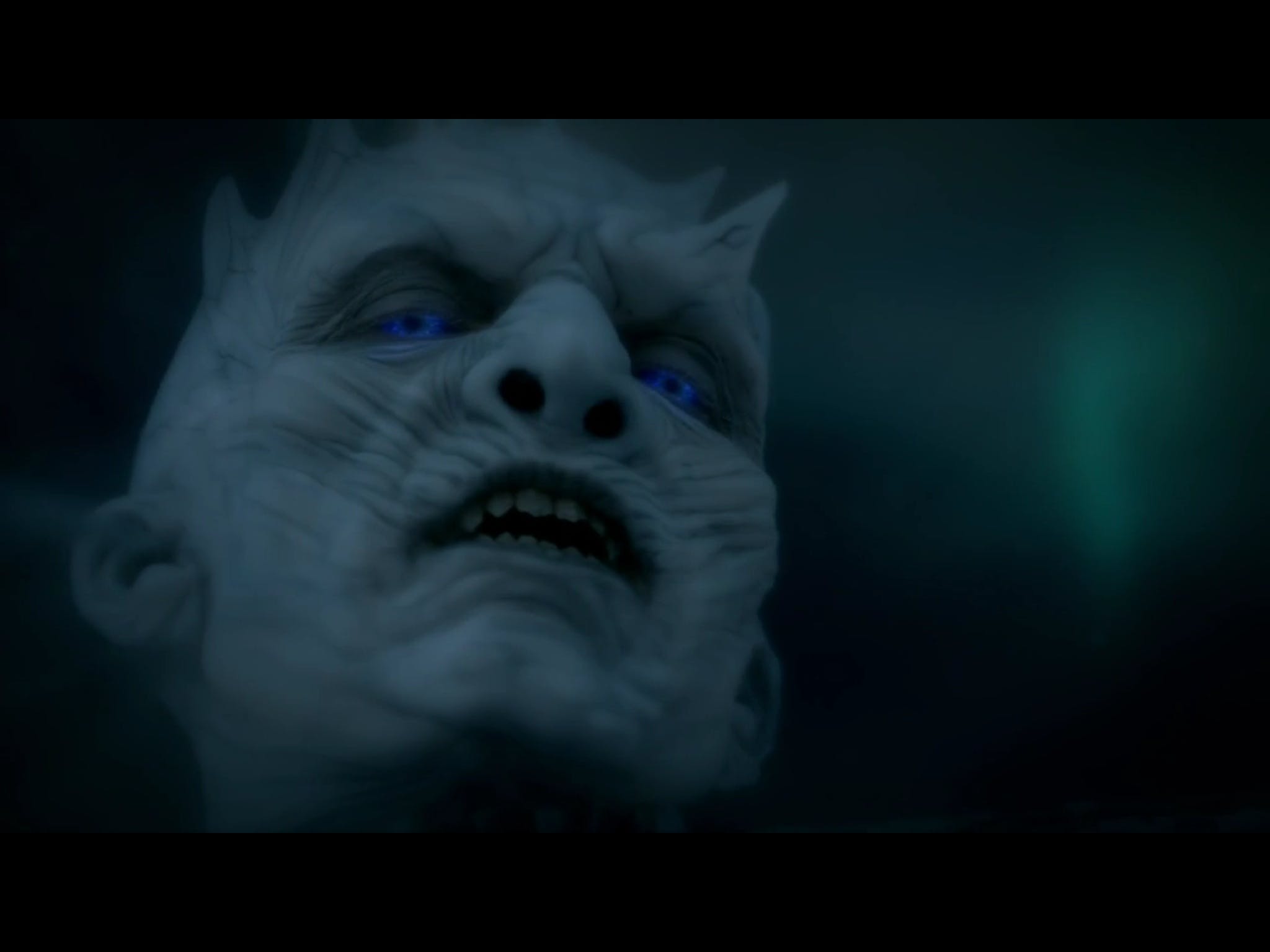 It confirms just what the White Walkers do with Craster’s sons in an episode that already diverged greatly from the books, but fans suspected that the scene might’ve been included due to what showrunners David Benioff and D.B. Weiss know about the final two books.

“It’s a moment that’s, while not in the books, is kinda suggested by the books and a moment that we thought would be really fun to illustrate in a horrifying way,” Benioff said in an inside look at the episode.

But what’s bringing the theorists out in droves ever since George R.R. Martin released the latest excerpt from The Winds of Winter is a single sentence from HBO’s official synopsis of “Oathkeeper.” It’s more or less what viewers have already seen, except it names the Darth Maul-like White Walker who turns Craster’s baby’s eyes blue. It named him the Night’s King. 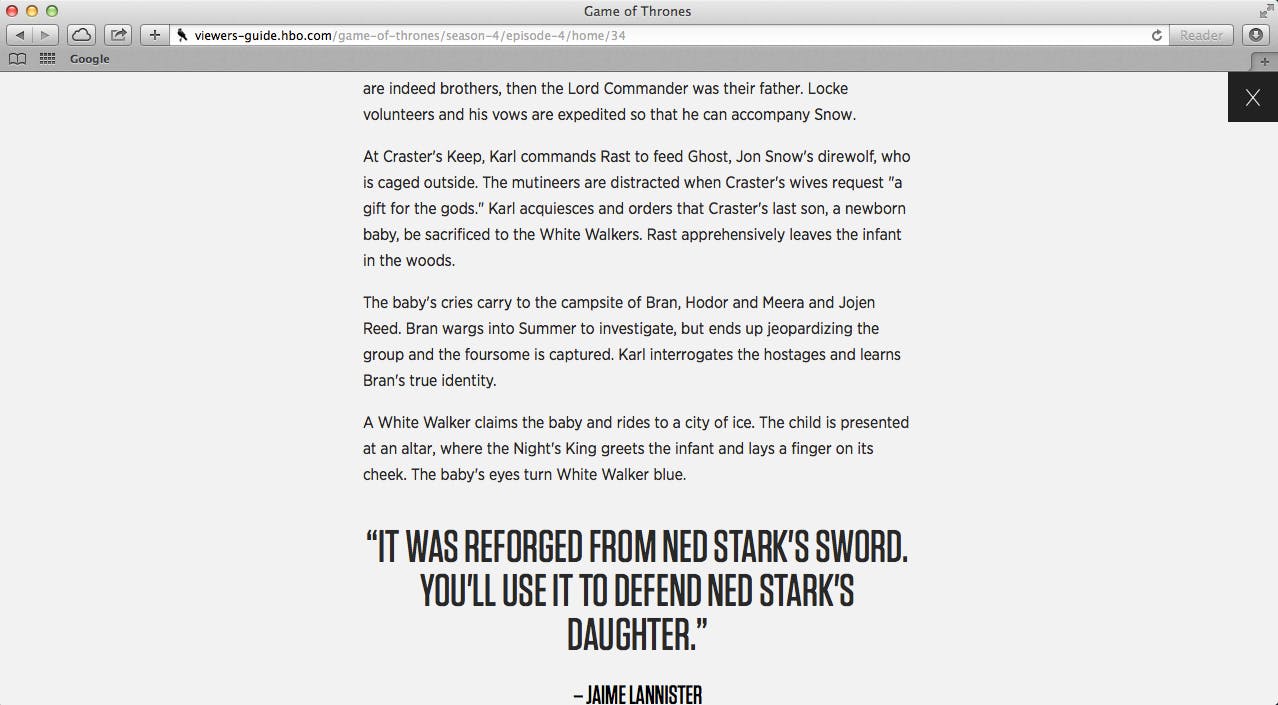 The Night’s King is a legend even in the books and was a subject of a tale that Old Nan told Bran Stark as a boy (and he to Meera and Jojen Reed and Hodor in A Storm of Swords). He was the 13th Lord Commander of the Night’s Watch who embarked on a 13-year reign of terror that included human sacrifice after falling in love and giving his soul to a woman with white skin and “eyes like the stars.” He was eventually stopped by the King of the North and the King-Beyond-the-Wall.

Theories regarding the identity of the Night’s King have been going around for years with everyone from Stannis Baratheon to Roose Bolton and Benjen Stark, among others, but Old Nan told Bran that the Night’s King was a Stark who was also named Bran.

Fans have theorized that Craster’s sons were given to the White Walkers so that they would be turned into White Walkers themselves, but now that’s been confirmed by the show.

And it seemed that the Night’s King had also been confirmed, or at least until the wording of the show’s synopsis changed without notice. Now it just says that “a Walker greets the infant and lays a finger on its cheek” instead of the Night’s King.

It’s entirely possible that someone at HBO made an honest mistake with the synopsis write-up, but fans aren’t buying it. It was too specific a name for them to be considered just a simple mistake.

“Personally I’m leaning towards [Night’s King], because it’s [sic] seems strange where a HBO website dude who may not even watch the show (nevermind read the book) would get the Night’s King from,” YamiHarrison wrote. “They simply presented the correct transcript before the powers-that-be caught onto their accidental spoiler and changed it.”

Regardless, both book readers and show watchers don’t seem to be mad about the accidental spoiler. It just gives them that much more to theorize about until the next episode—and eventually, the next book.