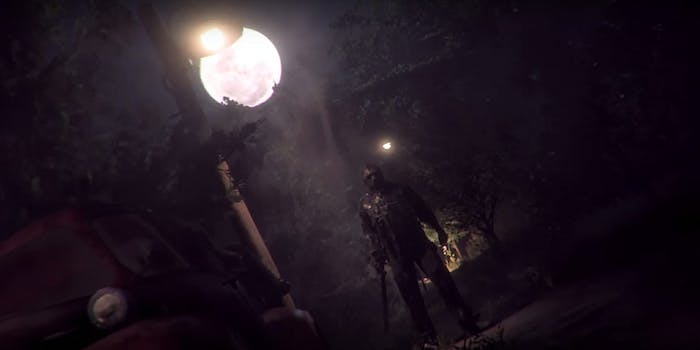 Director Sean S. Cunningham has given his blessing on an indie horror game project.

When Jason Voorhees becomes the star of your video game you’d better treat him right or, you know. The guy knows how to use that machete.

Indie studio Gun Media on Tuesday launched a Kickstarter for Friday the 13th: The Game, a horror title in which one person plays Jason Voorhees and the other seven players try to survive an evening at Camp Crystal Lake. It has raised $266,000 of its $700,000 goal thus far.

Gun Media is an indie studio based in Lexington, Kentucky. Its highest profile game to date is Breach & Clear, a turn-based, close combat special forces game on mobile devices. In February, Gun Media announced Slasher Vol. 1: Summer Camp, plainly labeled as an homage to the Friday the 13th series. Special effects guru Tom Savini was attached to the project.

Sean S. Cunningham is the producer and director of Friday the 13th, the movie that in 1980 defined the teenage slasher film genre and spawned 11 sequels. Cunningham heard about Slasher Vol. 1: Summer Camp, and after negotiation with Gun Media what began as an homage is now an official Friday the 13th licensed product.

Gun Media says it had already built and tested a prototype of Slasher Vol. 1: Summer Camp before Cunningham reached out to the studio. The Kickstarter is intended to raise the funds needed to make the production values of Friday the 13th: The Game worthy of the license.

Friday the 13th: The Game is slated for an October 2016 release on PC, PlayStation 4, and Xbox One.