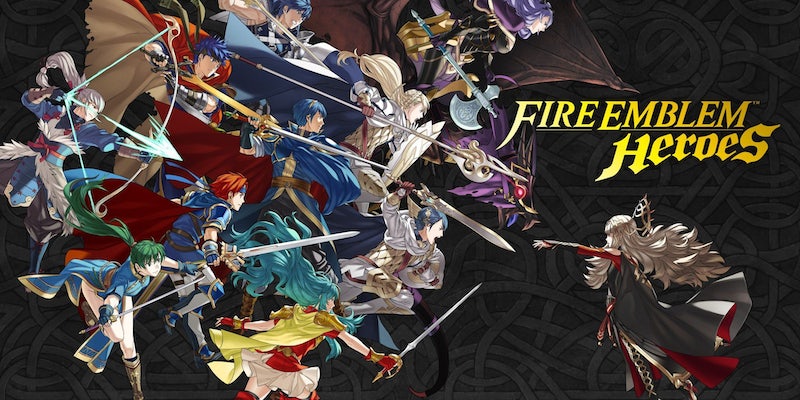 Succeed in the new mobile game without breaking the bank.

Nintendo’s latest mobile title, Fire Emblem Heroes, is out in the wild on Android and iOS platforms.

While the game can be punishing in difficulty, we’ve assembled a list of surefire tactics to become an expert player without dropping hundreds of dollars on the in-game store. Fire Emblem Heroes is based on “gashapon” systems, acquiring new heroes through a randomized summon initiated by the player. These “rolls” are typically fueled by Orbs, one of Heroes’ main currency systems. Orbs are the most prominent microtransaction present in the free-to-play game, and their over-priced premium will push players to the shop if they want to pull strong five-star heroes for their teams. Players who hope to play through Fire Emblem Heroes without dropping a single dime have revealed a specific strategy to get off on the right foot.

Though it may be an exhausting process, the ideal way to find your dream team in Heroes involves uninstalling the game and re-downloading all of its data onto your device after the first free summoning session. Following a short tutorial, the game will present you with one free round of summoning without charging any Orbs. The five heroes you gain from this roll will make up your only forces for the early stages of the game aside from the default characters Anna, Alfonse, and Sharena. Depending on how you’d like your team to look, you can continue the process until you find multiple high-ranking warriors or your favorite hero from a past Fire Emblem title. 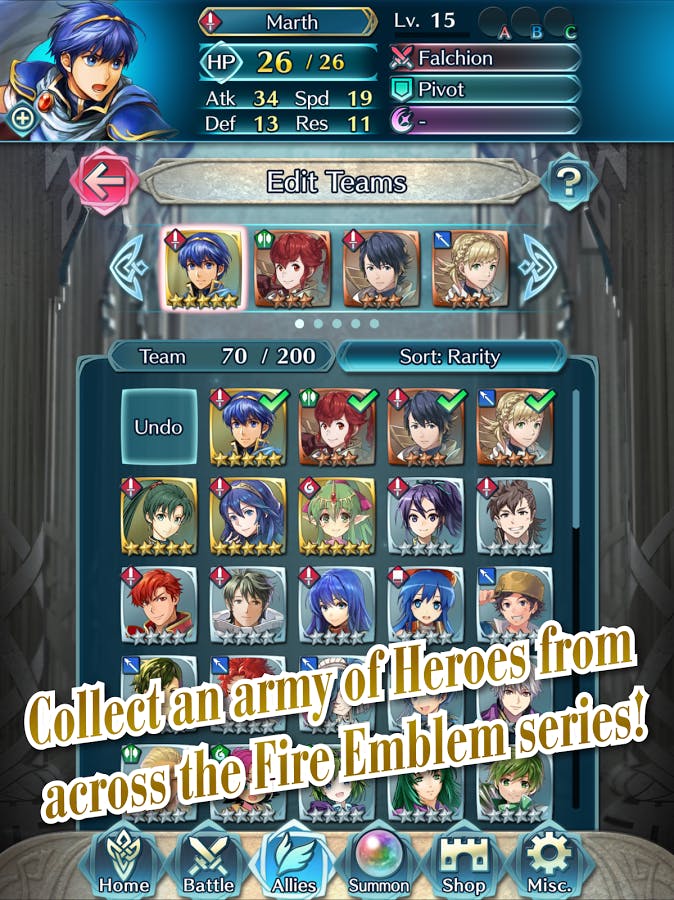 After that initial roll, you will have to pay for your own summoning sessions. To do so, you will need at least five Orbs, which you can pay for out of pocket or gain by progressing through the game. Clearing a map for the first time on each of the three difficulties, Normal, Hard, and Lunatic, will net you a single Orb. Be sure to link your Nintendo account to your Fire Emblem Heroes profile for 10 free Orbs, and make use of the daily log-in bonuses offered during the launch window to not miss out on any freebies.

While you might be tempted to try and summon a powerful new ally as soon as you have five Orbs in your inventory, it pays to be patient. When you first initiate a summon, you will be presented with five choices. These glowing buttons will be color-coded based on the weapons and spells of the hero they summon. Blue heroes can wield spears, red heroes specialize in swords, green heroes have axes, and grey heroes will come with a bow or staff. You should only summon when you have 20 Orbs, so you can summon each of the five presented heroes. Doing so will raise your chance of finding a five-star hero or multiple stronger characters in one roll. 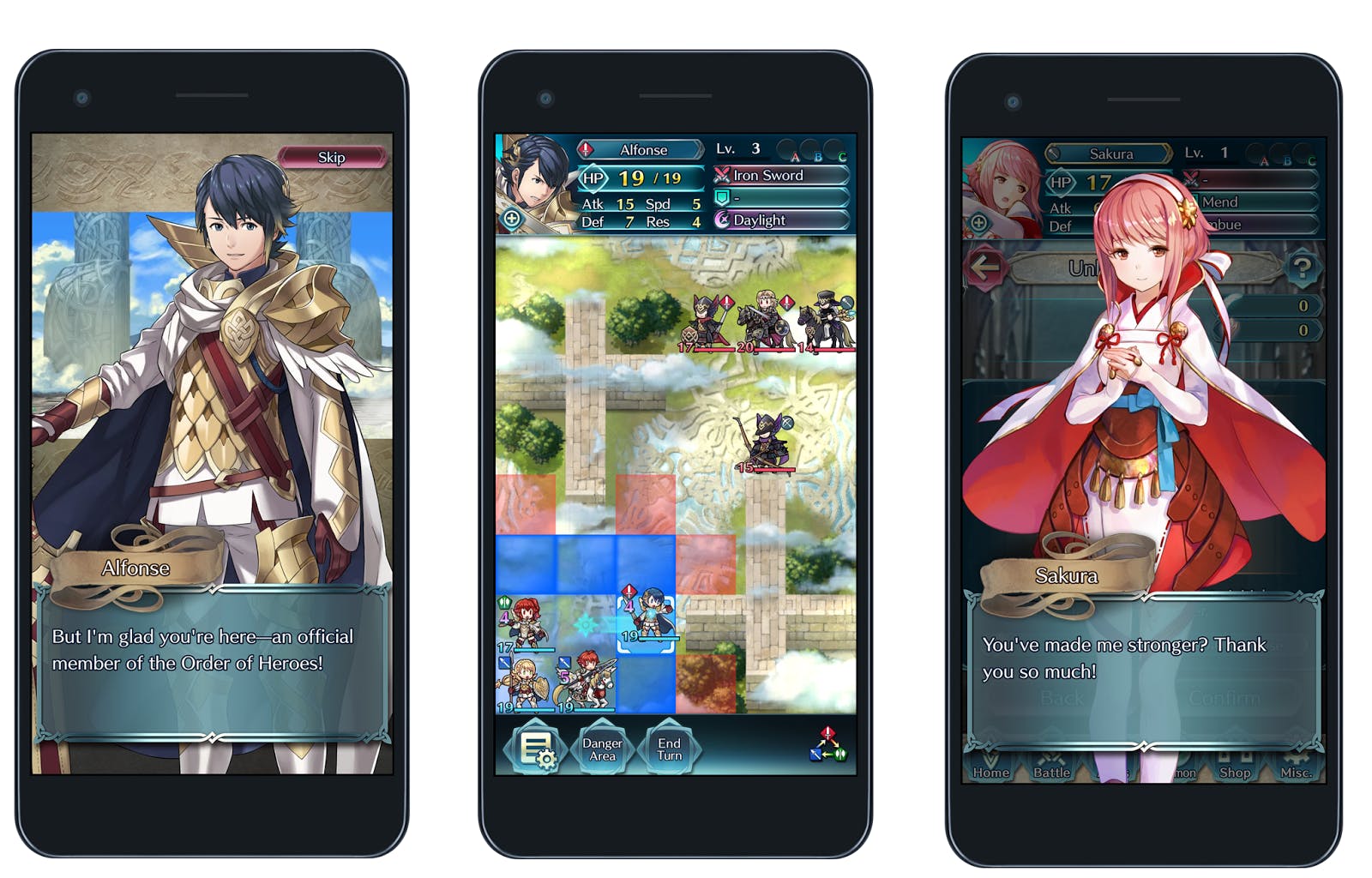 Another use for those hard-to-earn Orbs isn’t announced as prominently when logging into Fire Emblem Heroes, but is just as important. On the home screen, a green button in the top right corner offers the ability to upgrade your castle. Doing so will increase the amount of experience your heroes can gain during battles. This may not seem like the most important bonus during the early stages of the game when you have a reliable squad of characters to cut down under-leveled enemies, but is a massive help when considering the endgame and Player vs Player content available.

Using these bonuses, you can eventually double the XP your units will gain in battle. This will be particularly helpful when you start summoning multiple heroes, as they start at Level 1. Additionally, you can use shards and crystals to level up your heroes, but these resources are almost as finite as Orbs. You’ll have to hold off on summoning new characters for a while to fully upgrade the castle, but it will be well worth it in the long run when you need multiple characters over Level 20 to succeed. This is standard Fire Emblem strategy, but for an unfamiliar player who may have downloaded Heroes out of curiosity, always be sure to keep your units close together on the battlefield. Some heroes can unlock skills that increase the stats of nearby allies, or even heal them, and traveling in a pack can put pressure on enemies and keep your team out of critical danger. Units like archers and mages can reach out and hit enemies from up to two spaces away, so positioning them behind your other teammates will keep them safe.

Likewise, pay close attention to the makeup of your team. Fire Emblem Heroes only lets you take four units at most into battle at a time, and each hero comes with their own weapons, skills, and class. There is a simple weapon triangle in Fire Emblem, with spears beating swords, swords beating axes, and axes beating spears. Archers and mage units exist outside the other classes and deal damage using different tactics. Something else to keep in mind is that units who strike down enemies will receive even more XP, so you can keep weaker allies out of danger until the foe is weak. Fire Emblem Heroes gives each player a unique friend code that you can share with other players to receive some free feathers. These items can be used to power up your units’ star rankings, at a hefty price. To gain feathers quickly, you can send invites to random players you match up with in the arena. There are special parameters for arena matches, including using certain heroes for an added bonus to your rewards. Additionally, winning seven battles in a row piles on new bonuses.

Outside of the arena, be sure to check the social feeds hosted on the main castle screen. Units from your friends’ barracks will occasionally visit to offer special gifts, and you can interact with your own heroes as well. Special Nintendo-hosted events will be held here as well, including free Orbs and rare items. Keep an eye on your social feeds for certain promotions and special maps to make the most of your Fire Emblem Heroes experience.