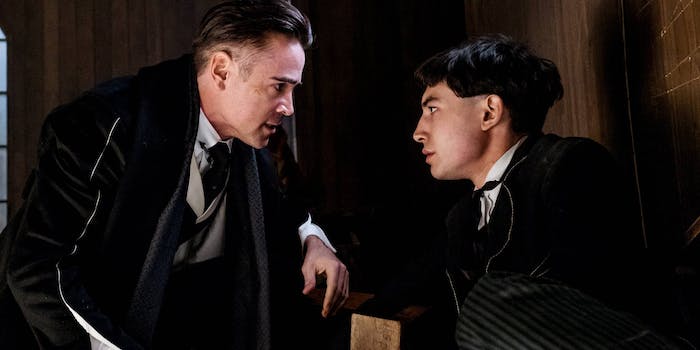 'Fantastic Beasts' sets up a complicated beginning for Hollywood's first gay protagonist in a family franchise.

Warning: This story includes spoilers for Fantastic Beasts and Where to Find Them.

With the revelation that Albus Dumbledore will play a major role in the Fantastic Beasts franchise, J.K. Rowling made history. This will be the first mainstream family blockbuster with a gay character in a lead role, not long after Star Trek Beyond was considered groundbreaking for giving Sulu a husband with about 30 seconds of screentime.

But thanks to Grindelwald’s depiction in Fantastic Beasts, this news is more complicated than it seems.

Although Dumbledore’s sexuality was ambiguous in the Harry Potter books, Rowling later confirmed that he’s gay, and that he fell in love with the dark wizard Gellert Grindelwald when both were in their late teens. It’s unclear whether Grindelwald reciprocated his feelings, but this backstory puts an interesting spin on Grindelwald’s role in Fantastic Beasts. Much of his screentime is dedicated to a compelling yet disturbing relationship with Credence Barebone (Ezra Miller), a young outcast whom he cruelly manipulates during scenes with an obvious gay subtext.

As the Auror Percival Graves (Grindelwald in disguise), Colin Farrell gives one of the best performances in the movie. Enigmatic and powerful, he’s a physically imposing figure who exploits Credence’s emotional vulnerability. This complex characterization contrasts noticeably with the two-dimensional personalities of Jacob Kowalski and the Goldstein sisters—a detail that makes more sense when you learn they may not appear in later movies, whereas Grindelwald plays a role throughout the franchise.

As we mentioned in our review, Rowling has a great skill for depicting abusive relationships, especially with children. In the Harry Potter books, Snape, Harry, Draco, and Voldemort were all shaped by their unhappy childhoods, and Ginny was manipulated by Tom Riddle’s diary when she was an insecure 11-year-old.

Credence Barebone continues this theme in Fantastic Beasts, a young man who was raised by an anti-magic extremist (Mary Lou Barebone, played by Samantha Morton), and grew up repressing his magical skills until they exploded out as a deadly Obscurus. It’s an evocative metaphor for real-life examples of repression, such as people who are raised to hate their own sexuality, or boys who are discouraged from expressing emotion. You can see a lot of parallels between Credence and the classic horror movie Carrie, another story about a puritanical, abusive mother who accidentally triggers her child’s supernatural powers. 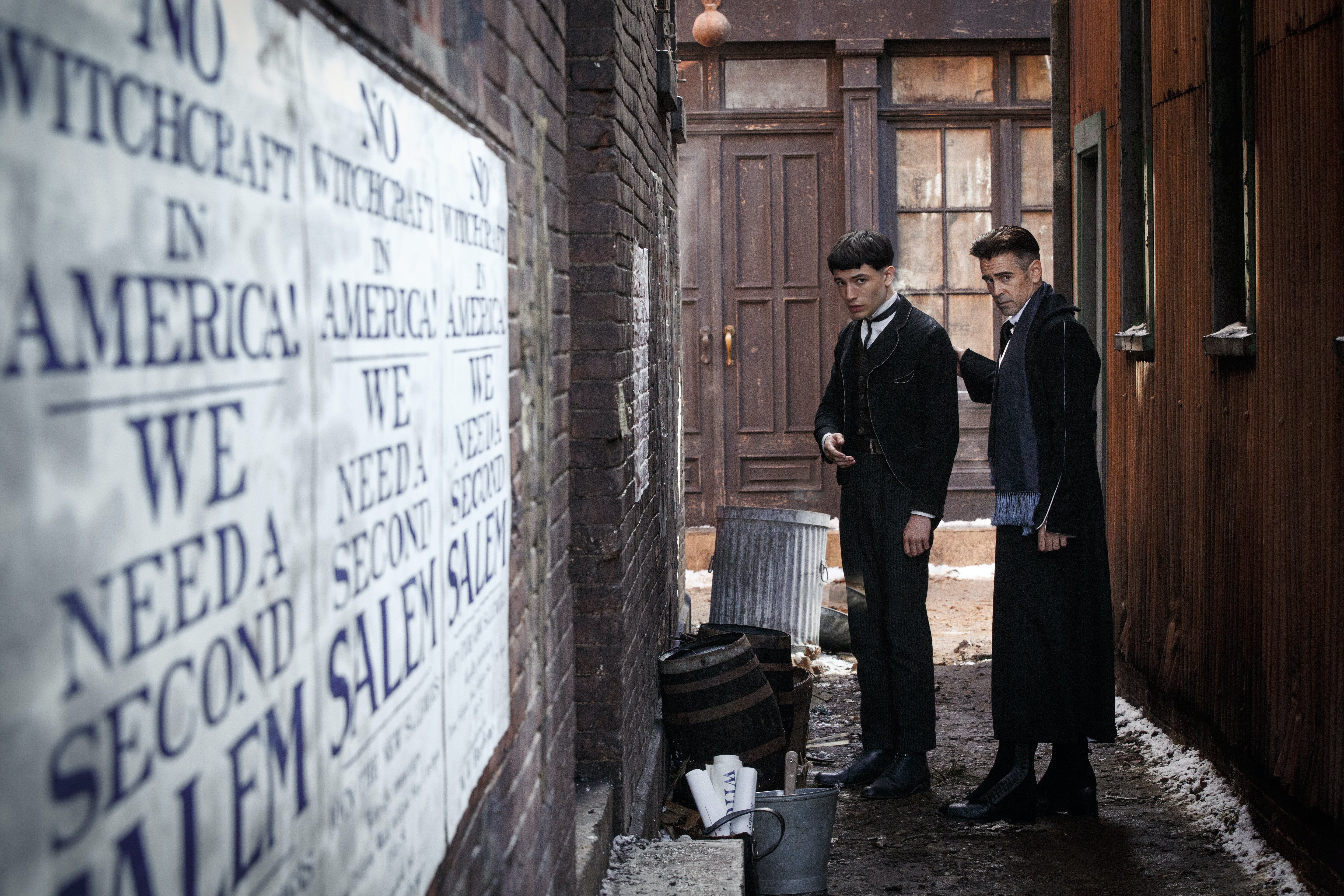 The queer subtext between Credence and Grindelwald isn’t explicit, but it’s probably intentional. The filmmakers could have positioned Percival Graves as a kind of paternal figure for Credence, but instead, their scenes have more of a sexual or romantic overtone—albeit in a creepy, controlling way. Understanding that Credence is starved for physical affection, Grindelwald caresses his face, holds his hand, and hugs him as tactics of emotional manipulation. Their scenes are filmed in intimate close-ups or distant shots of their bodies close together in dark alleyways. Graves is Credence’s only hope for escape from his controlling adoptive mother, into a magical world where he can be free to be himself.

Hollywood usually depicts masculine affection through manly back-slapping and father-son relationships rather than intimate tenderness, so the scenes between Credence and Graves are designed to come across as unusual. Basically, the creepiness is tied into the queer subtext, even if you don’t realize it on a conscious level. Grindelwald arguably follows Hollywood’s tradition of queer-coded villains, a subtly homophobic tradition that is especially prevalent in children’s movies.

And he’s played by Johnny Depp, who recently faced allegations of domestic abuse.

Johnny Depp’s casting was already controversial, and Grindelwald’s role in Fantastic Beasts complicates matters even further. While Dumbledore and Grindelwald’s backstory sows the seeds for a fascinating dynamic in later movies, it’s also a problematic setup for such a groundbreaking example of queer representation. Grindelwald is either a predatory queer villain, or a character whose villainhood was introduced via queer subtext. Meanwhile Dumbledore will end up fighting and imprisoning his first love and, as far as we know, lives a life of solitude until his death at the age of 115.

It’s understandable that some fans may feel perturbed about the future of queer representation in the franchise, especially considering the conflicted nature of Rowling’s previous attitude to minority characters.