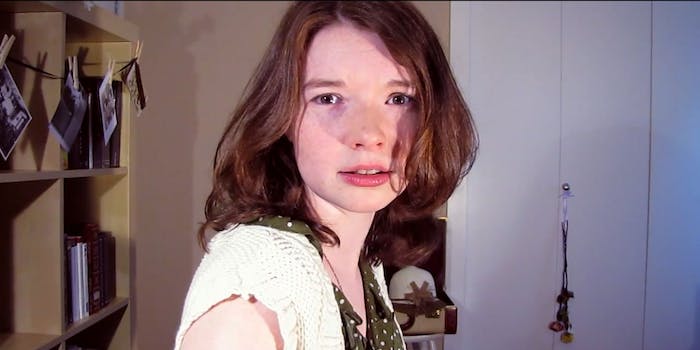 For one thing, she’d probably be a huge fan of Elizabeth Bennet. She’d be a Tumblr junkie—and, let’s face it, a bit of a hipster. And she’d almost certainly be as self-reflective as Charlotte Bronte’s 1847 incarnation.

Oh, and she’d drink a lot of tea—at least according to the Autobiography of Jane Eyre, a web series inspired by the Lizzie Bennet Diaries that’s currently in the middle of crowdfunding its second season.

The brainchild of writer/director Nessa Aref and lead actress Alysson Hall, it’s a low-budget, student-run production without the spit-and-polish of its far more famous, Hank Green-produced predecessor. But it’s still managed to amass a cool 11,000 YouTube subscribers, and it had no problem reaching its modest IndieGoGo goal of $5,000 over the weekend, and quickly surpassing it.

Jane Eyre deliberately summons fans of the Lizzie Bennet Diaries, painting Jane as a fan herself, watching and drawing inspiration from Lizzie to start her own vlog. Yet, true to their characters in the original 19th-century novels that made them famous, where Pride and Prejudice’s Lizzie is witty and outgoing, Jane is awkward and withdrawn.

Through the series’ 44 episodes, we’re introduced to Jane, her eccentric cast of residents at Thornfield, including the hilariously harried Grace Poole, and of course the enigmatic Mr. Rochester.  Though the small indie project may not have the reach of the Lizzie Bennet Diaries, which raised a cool half million in its Kickstarter project, fans obviously have rallied around the project; its IndieGoGo campaign launched on Nov. 22 and funded itself on the same day.

Reader, we call that a success.