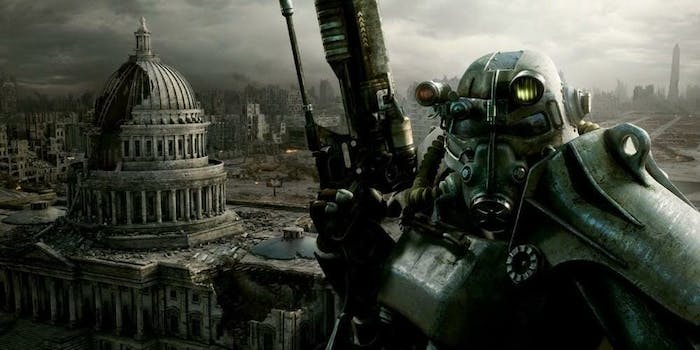 If you were hoping to play the entirety of Fallout 3 in Fallout 4, we have some bad news for you.

Making unauthorized ports of games is a risky way to spend your time. At any moment, the copyright holder might slap you with a cease and desist letter or legal action. That’s why the team behind The Capital Wasteland Project pumped the brakes on its plans to make Fallout 3 inside Fallout 4.

Bethesda, the publisher behind both games, provides modding tools that let programmers make changes to its games. Some mods are useful, adding new weapons or improving the visuals. Others are goofy, like the one that lets you run around in a Darth Vader costume in Fallout 4.

Rarer are ambitious mods that make vast changes to a game. That’s the kind of mod The Capital Wasteland Project was aiming to create. The team planned to re-build the enormous Fallout 3 using assets and tools from Fallout 4.

The only problem? It’s be a project Bethesda would have a hard time turning a blind eye toward.

In a statement posted on Twitter, the team’s project lead wrote, “After some thought it appears there is no fully legal way for us to continue developing Fallout 3 in Fallout 4.”

The specific problem stemmed from their plans to use voice acting and audio pulled directly from the original game. After consulting a lawyer and representatives from Bethesda, the team deemed that too risky. Turns out there could be major legal consequences to such a move.

The Capital Wasteland Project considered re-recording all of the audio. But when they realized they’d have to re-create the voices of celebrities like Liam Neeson, Malcolm McDowell, and Ron Perlman, they thought the game would lose too much of its original charm.

“If at any point in the future it becomes fully legal for us to continue working with the blessing of Bethesda and [parent company] Zenimax,” he wrote, “we will.”

For now, your best bet for playing a souped-up version of Fallout 3 is to add graphics-enhancing mods to the original.