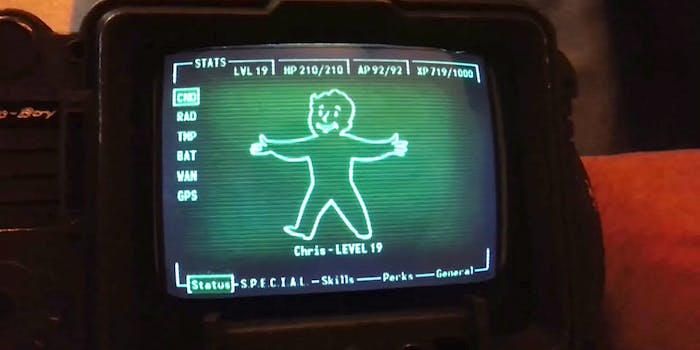 A preview of the Fallout 4 Pip-Boy edition, kinda.

The Pip-Boy is a convention from the Fallout franchise, a standard piece of gear for everyone who took shelter from the nuclear apocalypse in one of the underground Vaults. It’s a way to manage your health, your inventory, to check your maps, and otherwise do all the things that keep someone alive in the Wasteland. A Fallout fan has built a real one.

The Pip-Boy is wired into a Vault survival suit, the blue and yellow-striped single piece that’s also become synonymous with the Fallout games. The Army green battery pack belt is a customization strictly for power supply purposes, and the software that runs the Pip-Boy is open source, if you wanted to play with it yourself.

A keyboard is required to actually use the Pip-Boy. It doesn’t do much, other than to measure if you have a wireless Internet signal, but does display a GPS-powered map of your location. And the homemade Pip-Boy does provide some service of the virtual version.

Of course Bethesda Softworks itself, creator of the Fallout series, already has this fan effort defeated. The Pip-Boy Edition of Fallout 4 comes with a Pip-Boy replica with foam inserts to house various smartphone models, and an upcoming app will interface directly with Fallout 4. In other words, if you want to use a Pip-Boy in Fallout 4, you can use the one on your wrist, instead of the one in the game. Which should be awesome. 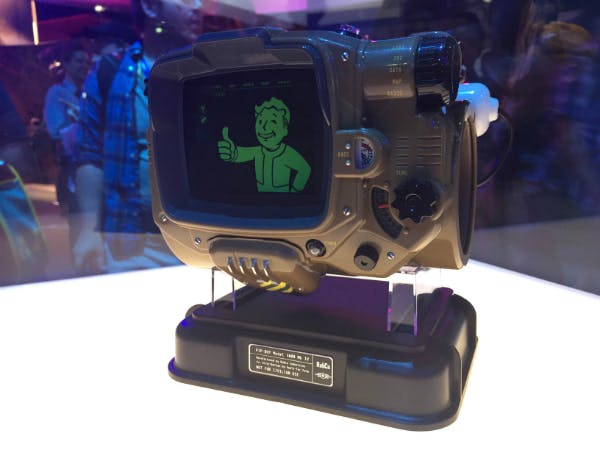 Fallout 4 will be released in November. We don’t think there’s a release date for the fan-made Pip-Boy above.