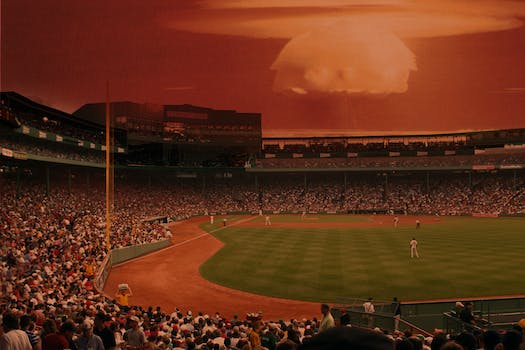 Who fell for the Fallout 4 hoax this time?

It might be time for a Fallout 4 release hoax meme.

Never mind the Half-Life 3 meme and the ongoing joke about whether that game will ever be released. It’s time for a Fallout 4 meme, because this is getting ridiculous.

Rumors circulated Wednesday on Reddit that Bethesda Softworks, developers of the Elder Scrolls and Fallout RPG franchises, had filed a trademark for Fallout: Shadow of Boston in the German Patent and Trademark Office. The proposed game title alone should have been the first clue that something was suspicious about this copyright filing. The chances of Bethesda dropping the numeral from the title of the next Fallout game are pretty slim.

The trademark filing was actually a fake—because of course it was—which Bethesda confirmed today on Twitter.

The German trademark filing that’s making the rounds is a hoax. This didn’t come from our offices.

This is eerily familiar to something that happened late last year, when a despondent Fallout fan dying for news on Fallout 4 put together a website called “The Survivor 2299.” The website featured Fallout iconography and had a countdown clock, which was enough to set off rampant speculation that a Fallout 4 announcement was on the way. The perpetrator hoped to force Bethesda’s hand into saying something about development on the game.

The website was actually a fake—because of course it was—which Bethesda also confirmed on Twitter, last year.

PSA: If you don’t hear it through an official channel like this, assume all rumors and speculation are false.

Gamers got angry at Bethesda for both of these hoaxes, because people are so desperate for news about Fallout 4. Then:

@Bethblog Once again, at least acknowledge the rumors. The fans have done a lot of research

@Bethblog Good job Bethesda for leaving it until NOW TO TELL US. You could have told all of us when it first appeared. Pathetic. #Fallout4

@Bethblog so why not put us out of our misery and give us a glimmer of hope?

@Bethblog Wonderful. It’s a good idea to not make a game that tons of fans want and surely will make money. This hush hush crap is bullshit

Rumors have circulated for years that the next Fallout will be set in Boston, based on whispered sightings of Bethesda employees scouting MIT because the university owns a nuclear reactor. Kotaku reported on script sheets that were purportedly for the next Fallout game, based on references to the Commonwealth, or the remnants of New England in Fallout’s alternate future, post nuclear war timeline. The fact that the opening voiceover in that script is read by the player’s character, and not Ron Perlman as is traditional, makes the authenticity of those documents dubious, as well.

All this Fallout 4 speculation reminds us of the pair of marketing interns raising money for a campaign to inspire Valve to say something about the development of Half-Life 3, inasmuch as there’s a sense of desperation lying underneath. We eagerly await someone kicking off the Fallout 4 meme in earnest.