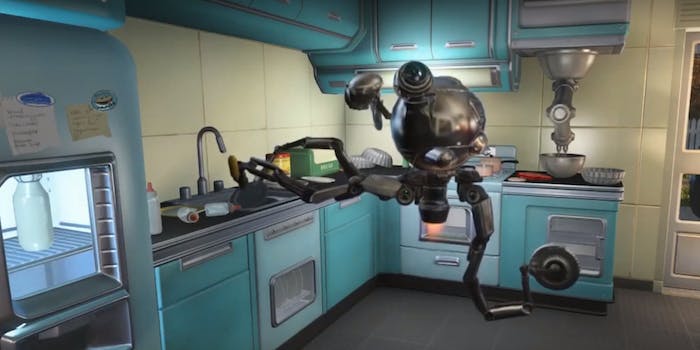 One of the many fun details in Fallout 4 is the robot butler character Codsworth, who has a vocabulary of almost 1,000 names.

Our video game critic Dennis Scimeca tested several names for his review (apparently Codsworth was fine with “Dennis,” but was unsurprisingly stumped by “Gavia”), but this video from Polygon goes much further. The site systematically tried a ton of popular names to see which had been recorded by Codsworth’s voice actor.

Codsworth has no trouble with relatively common names like Nathaniel and Allison, and even stretches to geekier choices like Marty McFly and River Song. He can also manage “boobies,” which says a lot about what Bethesda Softworks thinks of Fallout‘s target audience.