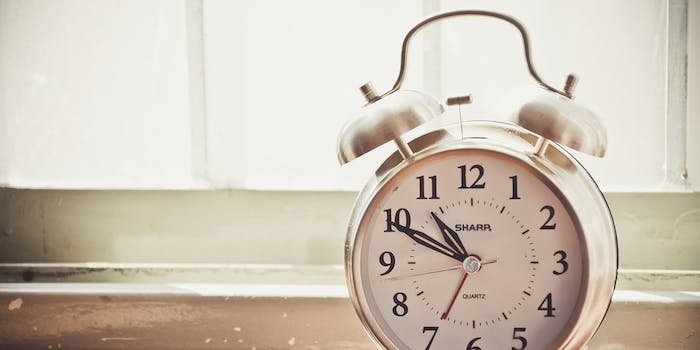 This bed refuses to let you hit the snooze button

But will you ever be able to sleep again?

He’s already invented a knife that toasts bread as it cuts, and now YouTube star Colin Furze has solved another one of life’s big issues: getting out of bed on time.

If you’re the kind of person who finds themselves endlessly hitting the snooze button every morning—and putting yourself at risk of being late for work or other obligations in the process—Furze’s “High Voltage Ejector Bed” might be exactly what you need. The somewhat dangerous device is essentially a custom bed frame that uses pressurized air to launch its passenger up and off.

A beefy air compressor provides the power for the bed, while the rest of the bed frame and pneumatic pistons were custom-made by Furze himself. It’s actually a pretty remarkable piece of engineering, even though the end result is just a silly YouTube video.

To top things off, Furze equipped the bed with some bright flashing lights and, of course, an alarm.