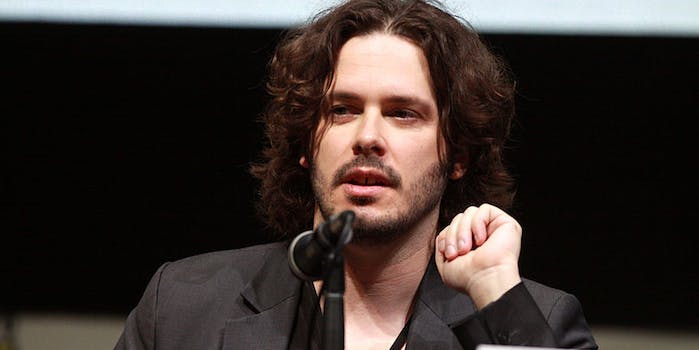 The official "difference in vision" line leaves many unanswered questions.

While Marvel‘s plans for a gun-toting raccoon and a talking tree in its upcoming Guardians of the Galaxy may suggest the company has a certain commitment to quirkiness, last week saw geek icon Edgar Wright abruptly walking off Ant-Man, a project he’d been passionately championing since 2006.

Ant-Man was scripted by Wright, best known for his brilliant Shaun of the Dead and Hot Fuzz screenplays with Simon Pegg, and Joe Cornish, writer of the indie sci-fi social critique Attack the Block. The two writers were risky choices for Marvel—but then Joss Whedon was another risky choice, and look how well that paid off.

So why did he bail? While the official joint statement simply cited “differences in their visions of the film,” the details may never be fully known. Some reported on a tweet that Wright allegedly posted and deleted, suggesting his complaints may have been with the big studio setting. Indeed, The Hollywood Reporter speculated in an article that the Marvel of 2006 is not the Disney-owned giant of 2014.

Other logistical complaints have also been suggested. Reportedly, Marvel delayed the start of film production from early June to late July, which caused all of its production department heads to walk off the crew—not exactly an auspicious start to filming. The Hollywood Reporter cites an unnamed source who suggests the delay stemmed from studio-directed rewrites of the Wright-Cornish script done without Wright’s input.

Given that Shaun of the Dead skewered the social commentary of zombie films and Attack the Block was a tart defense of urban community and an invective against classism, it’s easy to imagine that Ant-Man‘s moral center might have been the most invigorating part of the film. Now, with Wright gone, we pretty much just have Paul Rudd to look forward to. The actor is still on board to play the titular shrinking superhero.

Marvel’s history with directors and actors who don’t play by its rules is notoriously finicky: Wright joins a long line of people who’ve broken with the studio. While some fans searching for a reason for the split point a finger at Disney, the source speaking to The Hollywood Reporter said it came down to a personality clash between Wright and Feige:

“Kevin Feige [and his top lieutenants] run Marvel with a singularity of vision, but when you take a true auteur and throw him into the mix, this is what you get,” says a source. “They don’t want you to speak up too much or have too much vision. People who have never worked there don’t understand how they operate, but if you trust them, they have an amazing track record.”

Possibly, but all the same, sometimes what studios want and what they need are two different things. After all, script writers who indulged whatever studios want is how we wound up a travesty like tapping Transformers 2 writer Roberto Orci for Star Trek 3.

Ant-Man was a risky venture from the start. But if Marvel did indeed allow Wright to walk for the sake of playing it safe with the script, that might ultimately prove to be the riskiest decision of all.