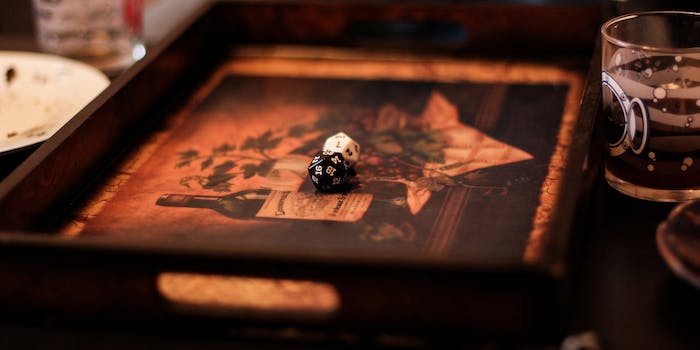 Talk about rolling a 20: A Dungeons & Dragons fan successfully crowdfunded a D&D-themed bar in just six hours, turning her idea of a geek hangout spot in her Colorado town from fantasy to reality.

Melissa Garza’s Kickstarter campaign for “Dungeons and Drafts,” a “tavern for geeks and gamers coming to Fort Collins, Colorado,” has raised over $42,000, far surpassing her $9,600 goal.

“For too long,” the campaign page reads, “geeks have had to endure noisy sports bars and venues without readily accessible polyhedral dice just to have a drink with friends. Well, no more! Dungeons & Drafts is here to provide geeks from all walks of life with a welcoming place to call their own, kick back with a pint, and play a game with friends.”

The Dungeons and Drafts campaign, which remained open for 33 hours at press time, is aiming for its fourth stretch goal. Backers can receive anything from signed copies of the opening day menu to plaques at the bar to even their own private party.

It remains to be seen if any bards will be allowed in Dungeons and Drafts.

Photo via Anthony Petrushko/Flickr (CC BY 2.0)