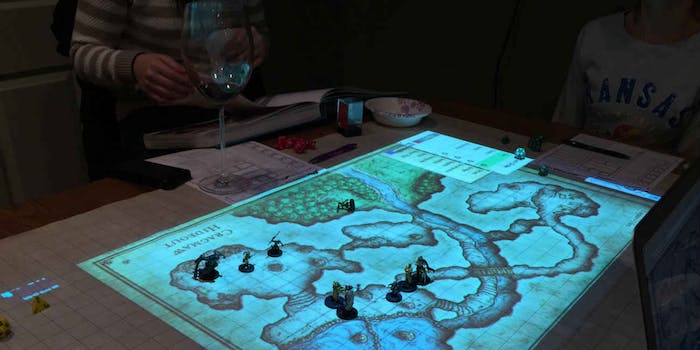 Dungeons and Dragons comes to life on digital maps

Put away the graph paper and step into the future of tabletop gaming.

A projector combined with a Web-based tabletop role playing game tool make for a new and really cool way to play Dungeons and Dragons.

Reddit user Silverlight is a developer for Roll20, an online tool for virtual tabletop role playing game sessions, so he knows a thing or two about blending technology into traditional RPG play. By pairing Roll20 with a projector mounted on the ceiling, Silverlight is able to display digital maps on the tabletop for a home session of D&D. 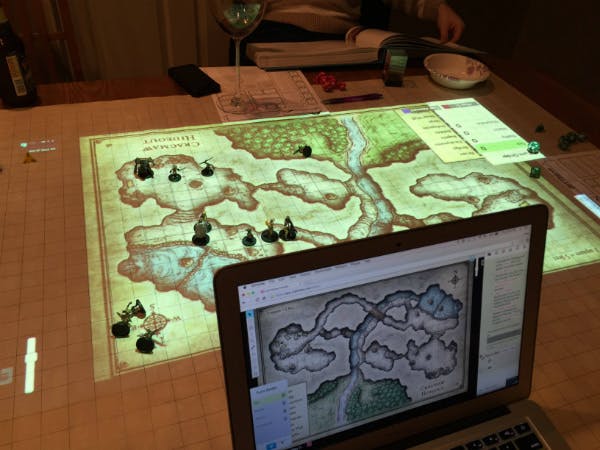 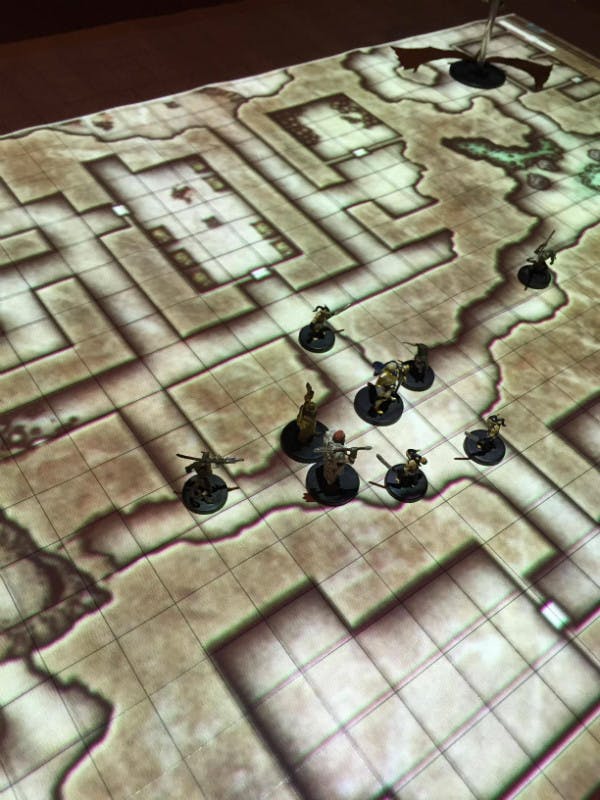 And the coolest thing about these digital maps is the ability to show characters’ actual line of sight as they explore. Discussing the setup on Reddit, Silverlight says that this functionality is built into Roll20, and he made the cones of vision possible by manually revealing portions of the map to the players. 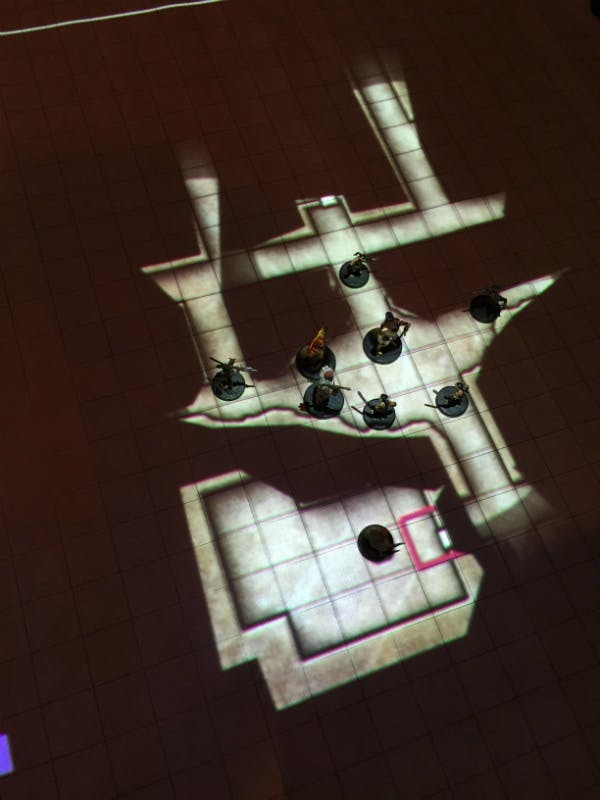 This isn’t really a practical setup to replicate. Silverlight used an Epson brand projector to make the digital maps, and a cheap Epson projector should run you about $300 on Amazon. Still, it demonstrates new possibilities for playing tabletop role playing games. Roll20 runs in a Web browser. Maybe someone can figure out how to make this setup work using a much more affordable smartphone projector.