Say hello to the wildest reboot you've ever seen.

DC Comics is relaunching the cartoon cat Snagglepuss as a “gay Southern Gothic playwright,” following the Hanna-Barbera reboots that gave us post-apocalyptic Wacky Races and The Flintstones as a dark political satire.

Snagglepuss isn’t as well-known as some Hanna-Barbera cartoons like Scooby-Doo or The Smurfs, so you’d be forgiven for mistaking him for the Pink Panther. He’s a pink mountain lion who aspires to be a stage actor, with a camp, lisping voice provided by Daws Butler—not to be confused with Bert Lahr, the cowardly lion from The Wizard of Oz.

Snagglepuss was a side-character in several shows including Yogi Bear, but DC Comics is giving him his own comic from superhero artist Howard Porter and Flintstones writer Mark Russell. The character is getting a more realistic, anthropomorphic makeover, and his backstory is… a little more complex than before.

In an interview with Hilobrow, Russell described the new Snagglepuss as a “gay Southern Gothic playwright” and “tragic Tennessee Williams figure,” explaining that the character was subtextually gay in the original cartoons.

“It’s never discussed and it’s obviously ignored in the cartoons ’cuz they were made at a time when you couldn’t even acknowledge the existence of such a thing, but it’s still so obvious; so it’s natural to present it in a context where everybody knows, but it’s still closeted.”

The comic takes place in the New York theater scene of the 1950s, with Snagglepuss going up against the House Committee on Un-American Activities. 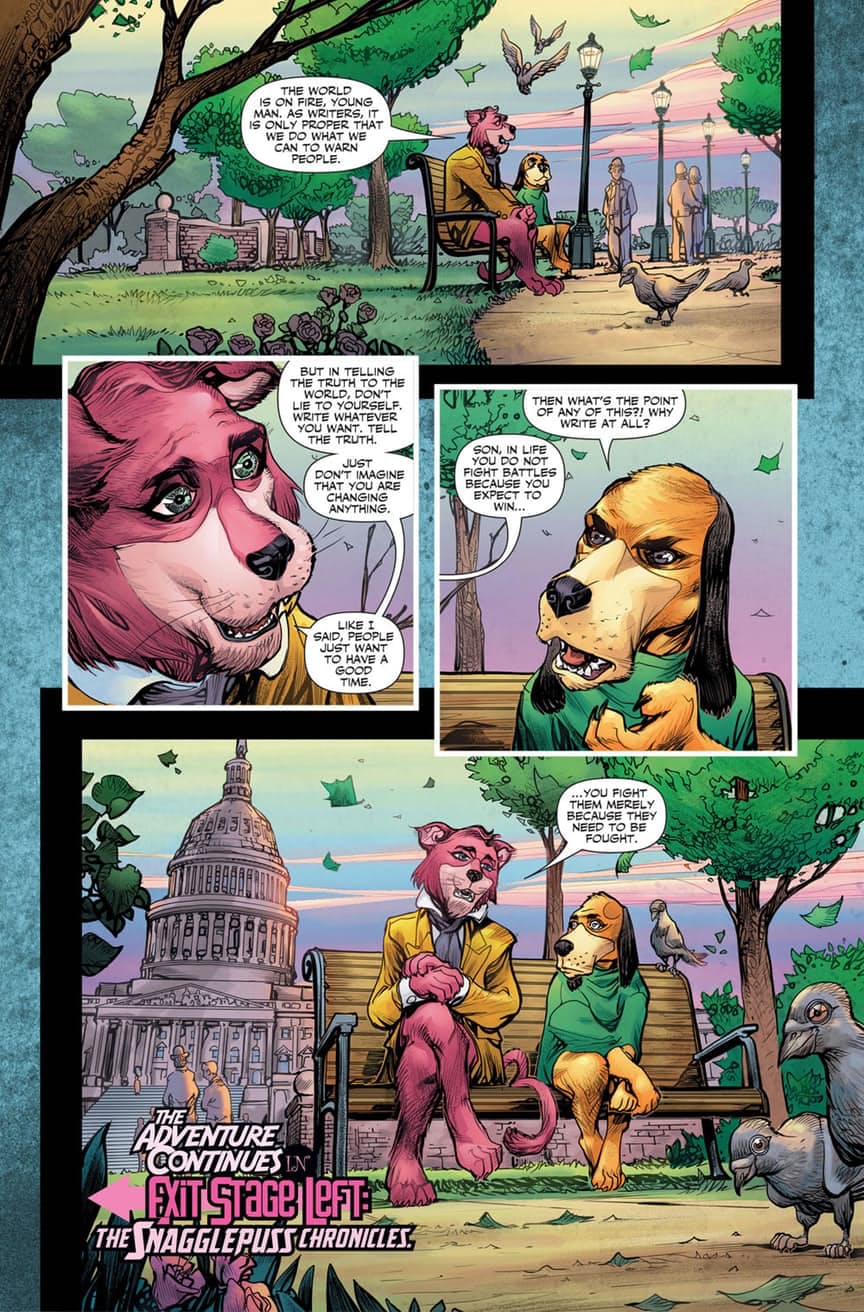 This is one of the most extreme reboots we’ve ever seen, and after Mark Russell’s work on The Flintstones, we can’t wait to read it. Drawing from the 1960s suburban satire of the original Flintstones cartoons, the new comic was one of our favorites of 2016. Snagglepuss looks like it follow go a similar route by mining the old cartoons for material, then overhauling it to produce something more complex and insightful.

An eight-page sample of the new comic will appear in the Suicide Squad/Banana Splits Annual next month, and the first issue will arrive sometime this fall.

Correction 7:50am CT, Feb. 6: An earlier version of this story misstated the voice actor for Snagglepuss. Though several actors have done versions of Snagglepuss for one-off commercials and the like, the character was voiced by Daws Butler from 1959 to 1988.