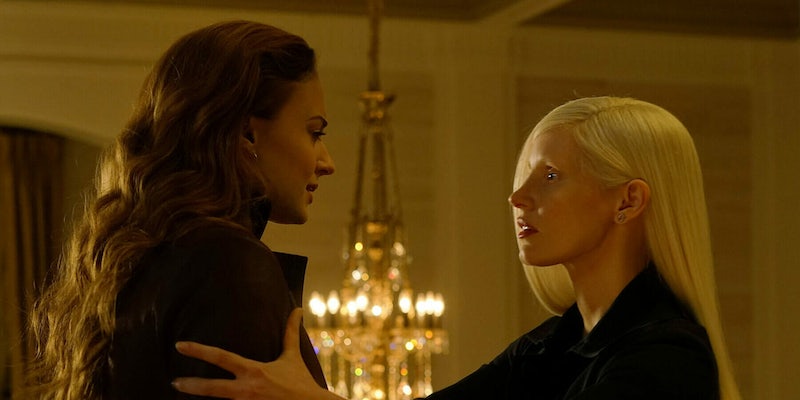 Is that why they had to reshoot the dang ending?

Dark Phoenix delivered an ignominious end to the X-Men franchise, earning negative reviews and disappointing results at the box office. It also had an unusually messy creative process, with former X-Men director Bryan Singer leaving the franchise due to sexual abuse allegations, and writer Simon Kinberg stepping up to direct in the midst of the Disney/Fox merger. The release date was then delayed and the film went through extensive reshoots, completely changing the ending.

Watching the lackluster final version of Dark Phoenix, you can’t help but wonder what it was like before. The finale feels oddly low-key, and Jean Grey’s character arc never truly lands. We also know from cast interviews that the original ending was reshot because it had too much in common with another recent superhero film. A new interview with Cyclops actor Tye Sheridan seemingly confirms that the film in question was Captain Marvel.

Speaking to the Reelblend podcast, Sheridan said the original ending involved a showdown between Jean Grey, Charles Xavier, and Cyclops at the U.N., with a huge battle revealing that U.N. guards are secretly Skrulls.

“Originally, it was scripted that Charles and Scott go to the U.N. because… they’re going to try to tell the President that, ‘Hey, we’re under attack by aliens and, they’ve now captured Jean Grey.’

And then Jean comes down in the front of the U.N., and causes… there is this huge battle between the guards at the U.N. and Jean Grey, and all the guards turn out to be Skrulls.”

Since Captain Marvel also involves Skrulls, you can see why this ending would have to change. Instead, the final act became a confrontation between Phoenix and Jessica Chastain’s character Vuk. This revelation also shows Chastain’s role in a new light, because if the D’Bari aliens in Dark Phoenix were originally Skrulls, this explains why we get so little information about them in the movie. The D’Bari characters barely mention their own names or culture, and even then it’s often in an alien language with subtitles, suggesting that the film may have cut some Skrull-related dialogue. It’s also worth noting that the Skrulls and D’Bari are both reptilian shapeshifters, a pretty obvious overlap.

If Dark Phoenix hadn’t been delayed (possibly to make way for Alita: Battle Angel), then maybe the D’Bari would’ve stayed as Skrulls, beating Captain Marvel to the punch. But to be honest, this film’s problems always went beyond Fox’s superhero rivalry with Marvel Studios.