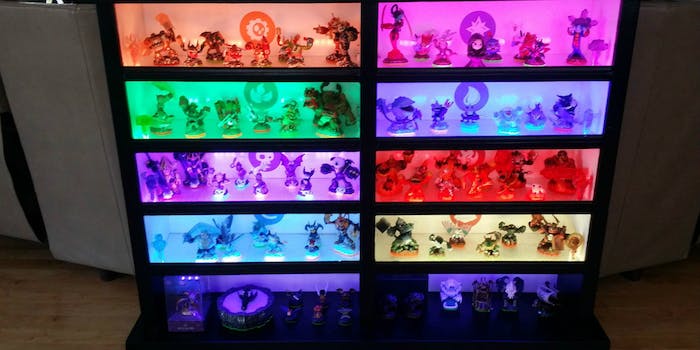 It’s amazing what some carpentry and a strip of colored lights can accomplish.

The competition for “gamer father of the year” is officially on thanks to a custom-built, LED-lit display case any kid who plays Skylanders might kill for.

In the video game Skylanders, the titular characters are grouped together by elemental themes like fire, water, and air. Each shelf in the custom display unit has its own strip of LEDs paired with a controller box, which allows each shelf to display a unique color. When those colors are paired with the elemental themes from Skylanders, it makes for an awesome showcase for a Skylanders figure collection. 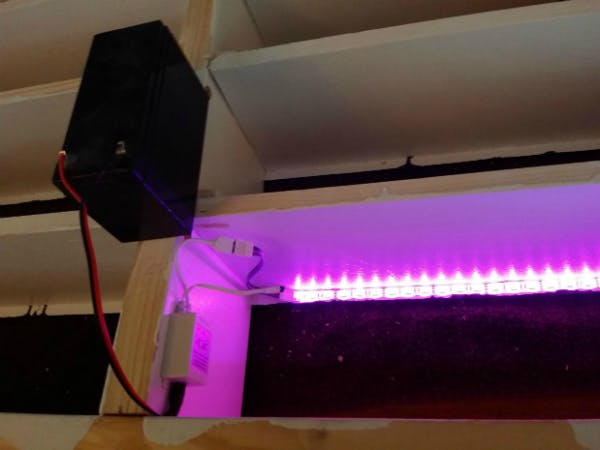 “I’ve always had a passion for all things electronic, particularly 12v,” Scott, who goes by MUSSAFFA1 on Reddit, told the Daily Dot via email. “I owned a car audio shop about 20 years ago, which required me to learn a bit of carpentry, fiberglass, fabric, etc.”

When the size of his son’s Skylanders collection grew out of hand, Scott decided to do something about it. Scott also plays the game, so he knew the elemental color coding would give the custom display some flair.

“I’ll be honest, I love the game too,” Scott said. “I play it quite a bit with both of my sons. It’s mindless fun. It might be targeted to kids, but its a decent game in its own right.” 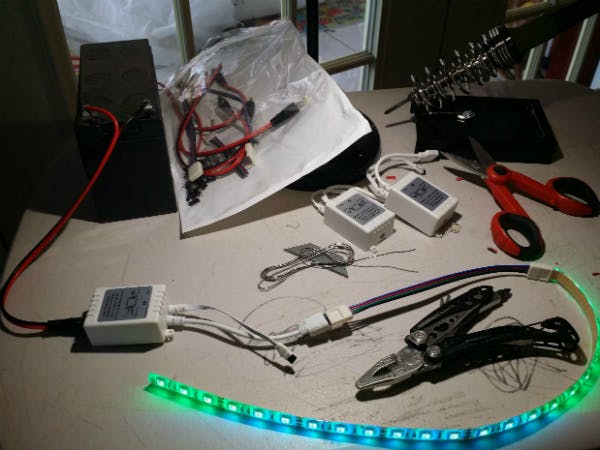 The lights for the display were cut from a 16-foot roll of LEDs. The roll of LEDs only came with one controller unit, however, and in order to display a different color, each strip of LEDs would require its own controller. Scott therefore not only had to cut custom lengths for the LEDs, he also had to purchase nine different controllers and pair each of them with an LED strip. 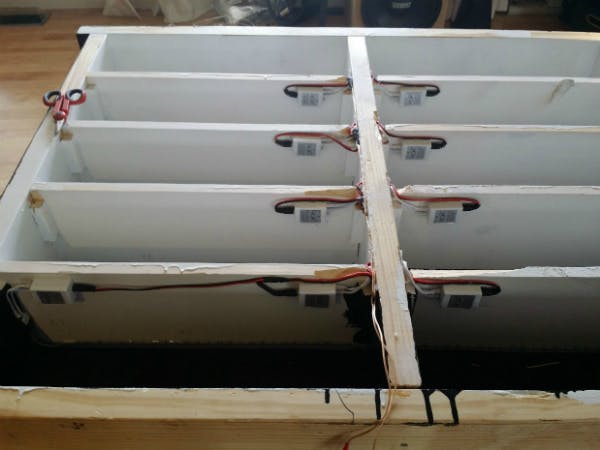 “Each controller has an IR sensor which I mounted in the lower corner of each shelf allowing me to manipulate each color by holding the remote just right,” Scott said. This way, the Skylanders collection can be arranged in different ways on the shelves, and the elemental color that lights each shelf can be changed accordingly. 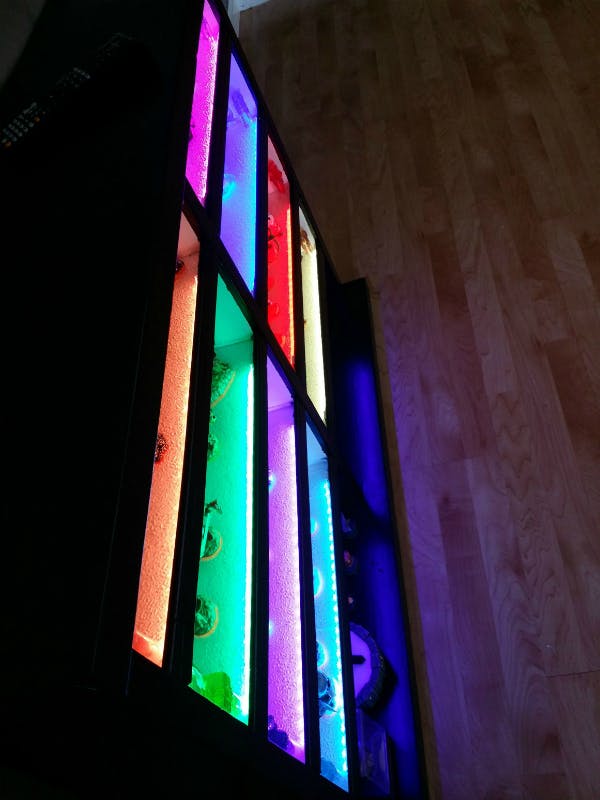 Being able to change the colors at will is going to come into play as the number of elements in the Skylanders game grows. When Scott’s son is ready to begin collecting the Light and Dark elemental figures, however, the display will need some updating.

“The lower shelf is a single strip [of LEDs],” Scott said. “I plan to make the Light side white and cut off the Dark side of the strip replacing it with a 12v black light.” 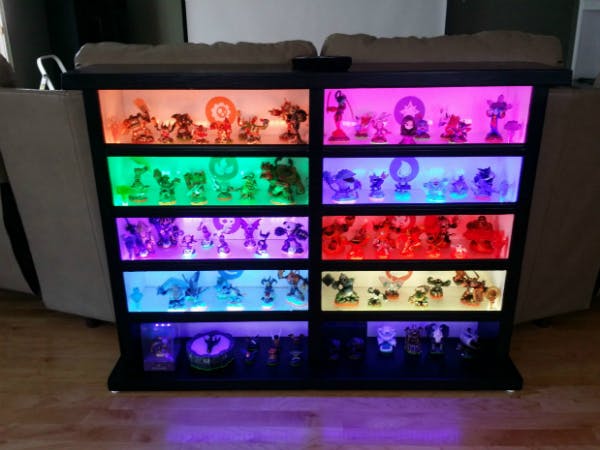