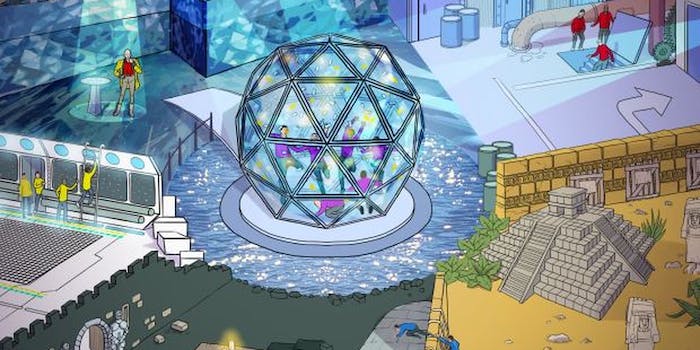 Soon, you may be able to compete in this famously weird and ridiculous game show.

Even 20 years after it went off air, British game show The Crystal Maze still has a cult following. It’s really no surprise that an Indiegogo campaign for a modern reboot has raised more than £100,000 ($156,000) in 12 hours.

Billed as a puzzle/adventure show in the style of Fort Boyard, Crystal Maze quickly became memorable thanks to its combination of incompetent guests and eccentric host Richard O’Brien, creator of The Rocky Horror Picture Show.

Teams of young adults in hideous ’90s jumpsuits would cooperate to solve puzzles and beat challenges of strength and dexterity, all taking place in a maze that looked like a low-budget cross between Labyrinth and Raiders of the Lost Arc.

One of the key appeals of the show was its mocking tone, as O’Brien frequently ad-libbed and insulted the challenges, prizes, and contestants from the sidelines. Teams would often fail to win the (usually mediocre) grand prize at all, and YouTube is full of clips where contestants display hilarious levels of incompetence and clumsiness.

Airing from 1990 to 1995, Crystal Maze is still beloved by many British people in their twenties and thirties, making it a prime choice for a modern reboot. But instead of returning the show to TV, this Indiegogo campaign wants to reboot the show as an immersive theatrical experience where anyone can pay to compete.

The new Crystal Maze concept was dreamed up by a team of British actors and theater creators, combining immersive theater with a recreation of familiar settings from the show. Their Indiegogo page states that O’Brien is set to return, but we’re guessing this will be in the form of a pre-recorded message. He’s 73 years old, and leading people around the new maze experience will presumably be a full-time job for several new hosts. 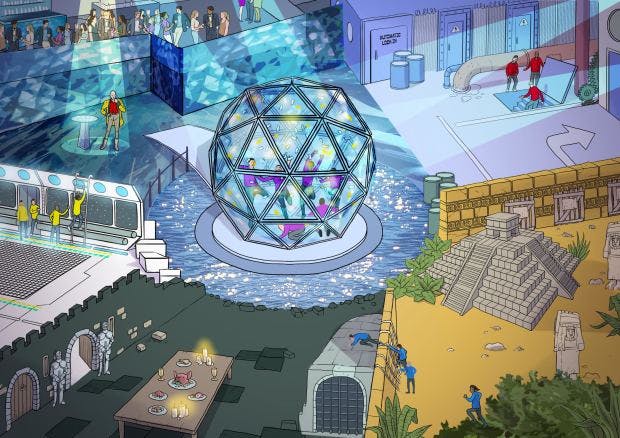 As with any crowdfunding operation, there are risks. But if this Indiegogo campaign can fulfill its promises, the eventual product could easily be a huge success. An entire generation of British kids grew up watching Crystal Maze, and many of them are clearly willing to pay through the nose to participate.

Photo via The Crystal Maze/Indiegogo