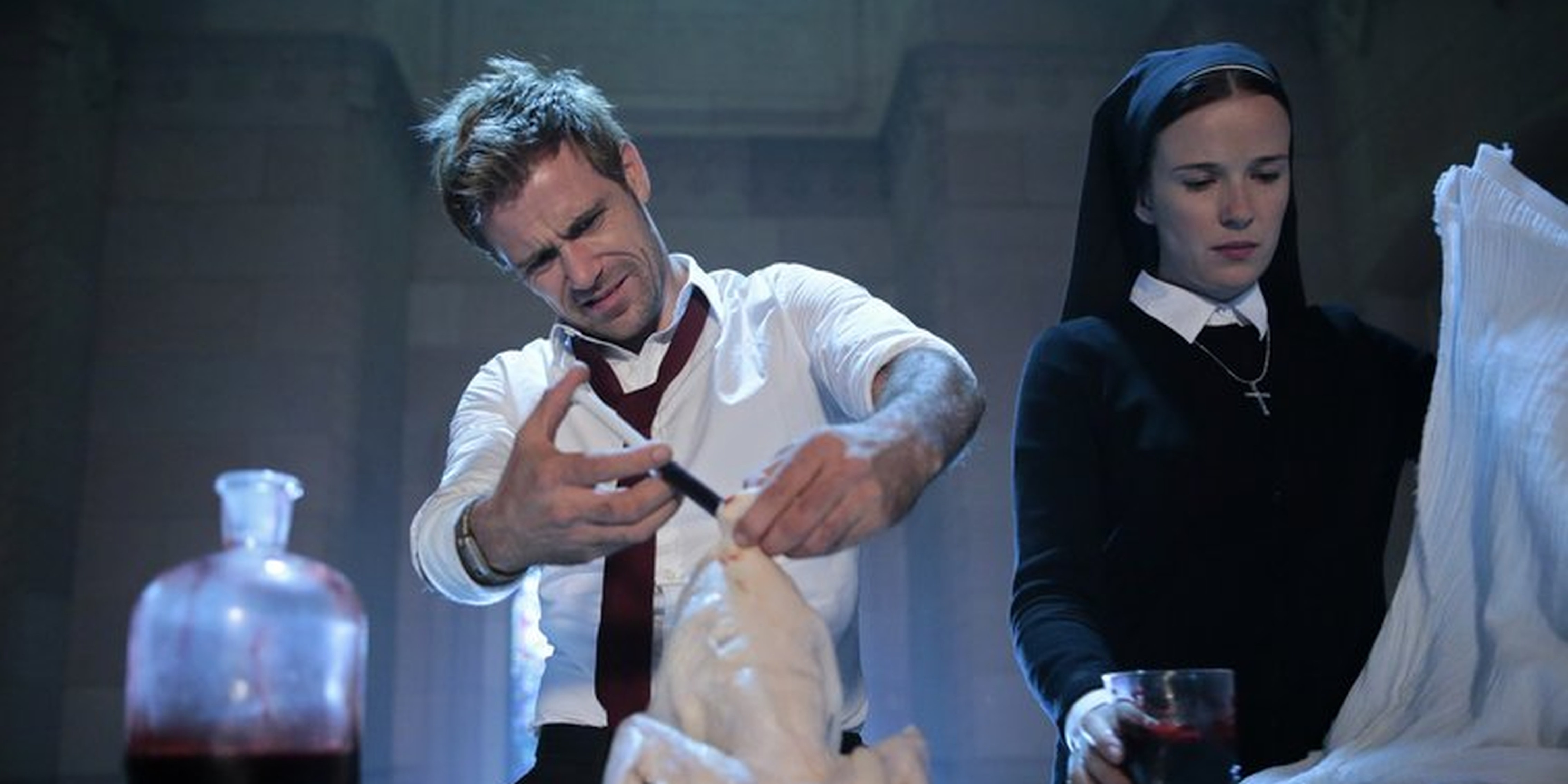 Constantine hasn’t officially been cancelled yet, but after having its first season truncated to 13 episodes, it may take a ratings miracle to save it from the jaws of death.

TV ratings are not a meritocracy, as any die-hard Firefly fan will tell you. Sometimes good shows get lousy numbers because their networks fail to support them (Avatar: Legend of Korra), or because they’re just too weird to work with mainstream audiences (The Tick). Constantine is neither of those things. It’s just not very good.

While this can partly be blamed on Supernatural being influenced by Hellblazer itself, that doesn’t mean Constantine was doomed from the start. TV shows about monsters and ghosts are ten-a-penny, but sharp, politically-savvy DC/Vertigo adaptations are not.

By adhering to familiar monster-of-the-week TV formulas, Constantine became a show with no distinguishing features of its own, adapted from a comic whose weirdness and originality led to decades of cult success. This is especially annoying in the light of Hannibal, another NBC show based on an unsettling and adult-rated source. Hannibal’s ratings aren’t exactly stellar, but it proves that you can launch a dark, surreal, emotionally complex drama on network TV, and not just win over the fans but inspire critics to label it the best show on television.

It’s interesting to see what made it through from the Hellblazer comics, and what got written out. Aesthetically, Constantine does a very good job of copying Hellblazer‘s noir atmosphere. John Constantine’s trench coat and half-undone tie were deemed important enough to appear in every episode, but his underdog/counterculture roots are reduced to an oddly anachronistic punk rock backstory. His sidekicks Chas and Zed are based on Hellblazer characters, but they’re often so superfluous that they get written out of entire episodes. Most disappointing of all, Constantine’s “dark past” frames him as a stereotypically glib-but-troubled antihero, rather than the disaster-prone weirdo of Hellblazer fame.

Constantine’s dwindling fanbase will tell you that the series just took a few weeks to warm up, and they’re not totally wrong about that. This week’s episode was certainly better than the previous seven, ending on a cliffhanger where Constantine is shot by an old friend and left to die in a sewer. With Constantine being unwillingly sacrificed to save the life of two newborn babies, this scene mirrors an earlier episode where he manipulates someone into dying for the greater good. It’s a lot more interesting than Constantine being characterized as purely heroic, and it fits well with the wry, dark tone of the comics.

The problem is that the half-hour leading up to that moment was far less engaging. The villain is a young, beautiful nun (one of two young, beautiful nuns in the episode—Constantine makes out with the other one) who kidnaps babies on behalf of a group of evil Chilean warlocks. The idea of a sexy, baby-kidnapping demon nun feels like something from a pre-Buffy the Vampire Slayer era, but it’s played without a trace of genre-savvy irony. Meanwhile back home, Constantine’s sidekick Zed is kidnapped after she disobeys his advice to stay locked in his house while he’s out of town.

It seems likely that Constantine is building up to a season finale where some kind of demonic force tries break free from Hell, an idea already retold ad nauseam by Supernatural, Buffy, and basically any fantasy show with a basis in pseudo-Biblical mythology. Regardless of whether Matt Ryan plays a better John Constantine than Keanu Reeves, this kind of cliche-driven writing is a disservice to Hellblazer.

In the unlikely event that NBC gives them a second season, Constantine‘s writers will hopefully grab the opportunity to drop the Supernatural-lite act and cleave closer to Hellblazer’s offbeat tone. Among the bizarrely offensive episodes (“There’s nothing blacker than gypsy magic,” really?) and the show’s total inability to do anything interesting with Chas and Zed, there are seeds of hope.

The rapport between Constantine and vodou priest Papa Midnite could be the foundation for something more complex than a typical protagonist-defeats-evil setup. And with details like this week’s bleeding placenta pear tree and the bug-vomiting demon borrowed from Hellblazer No. 1, we know this show has a capacity for imaginative grotesquery. It’s just too bad its creators seem more concerned with building Constantine up as a kind of House M.D. for exorcists rather than something with a little more depth.