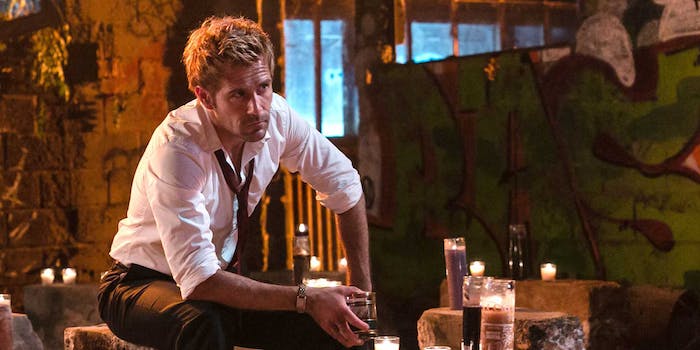 Not even dark magic can bring Constantine back from the dead.

The Hellblazer TV series Constantine is finally dead in the water.

NBC long ago cancelled the DC Comics show after one truncated season, but its fans hoped it might get picked up by another network. They launched a #SaveConstantine campaign with the support of the show’s cast and creators, but the campaign was unsuccessful.

Showrunner Daniel Cerone broke the news on Sunday night, thanking fans for their support and explaining that renewal was is no longer on the cards.

“The cast and writers of Constantine are being released from their contracts. The studio tried to find a new home for the show, for which we’re forever grateful, but those efforts didn’t pan out. I’m sorry, I wasn’t provided any information on the attempts to sell the show elsewhere. All I can report is that the show is over.”

With low ratings and middling reviews, Constantine just didn’t have the momentum to get renewed for a second season.

#Hellblazers you have been nothing but the best. So sorry the outcome is not what we had hoped. You are not quitters, and that was proven.

Blessed to have belonged to a great creative force. Respect to the #Hellblazers and to the entire crew. #Zed https://t.co/6h9kQS1E9L

A glance at the #SaveConstantine hashtag suggests that many fans have not given up hope. But if the show’s creative team members have been released from their contracts, that’s basically the death knell for Constantine.

The writers and actors will move on to other projects, and Hellblazer fans will have to wait around until Hollywood inevitably gives the franchise another try in 10 to 15 years. But hey, John Constantine might show up in Guillermo Del Toro‘s Justice League Dark—if that ever happens.