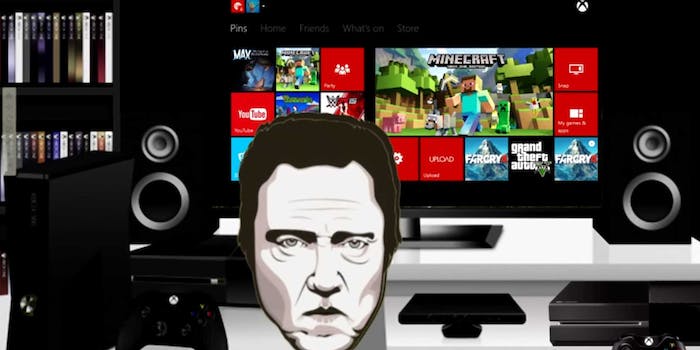 This is what happens when ‘Christopher Walken’ prank-calls Xbox support

It's crazy, the way, my Xbox, is broken.

The average workday of an Xbox customer service agent is probably a combination of boring and painful. If gamers are difficult to interact with when they’re successfully playing a game, imagine how demanding they must be when something doesn’t work.

That’s why this video of a Christopher Walken impersonator pranking the Xbox Live support team is so funny: Jennifer, the Microsoft agent on the other end of the call, must be secretly relieved that she’s dealing with a fake celebrity instead of a real pain in the rear.

Give Jennifer from Microsoft credit for taking the call seriously: She helps “Walken” through all the steps necessary to troubleshoot his Xbox problem as if she doesn’t realize that it’s a prank.

Or perhaps Jennifer genuinely doesn’t get the joke. Maybe the real Christopher Walken calls the support desk all the time.