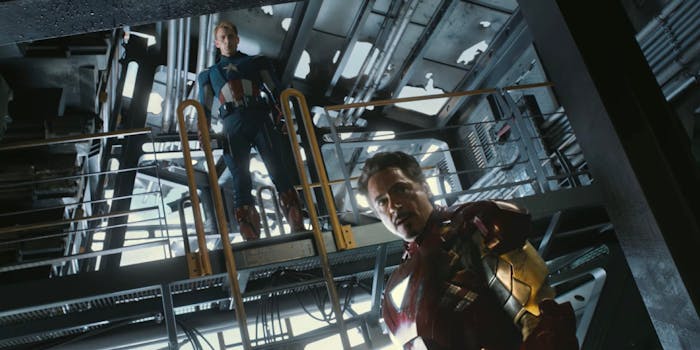 The real-life friendship between Robert Downey Jr. and Chris Evans is much more stable than the one between their Marvel counterparts, and they’ve even reached a new level of public fondness for one another: Disney comparisons.

Granted, their characters—Iron Man and Captain America—are technically Disney characters in their own right. (Disney owns Marvels Studios.) But on Twitter, Downey Jr. went with a much different dynamic to describe the two as he brought in a screenshot from Bambi and compared it to a fan-created image placing the two actors in matching outfits.

All the way down to the eye color. pic.twitter.com/bUdp70z7bq

It was an inspiring choice, as evident by Evans’ lack of any arguments against the pairing.

Evans, however, had one of his own, and he went for something a little more contemporary to capture the camaraderie. If the character placement is any indication—not to mention the wardrobe choice, mostly on Evans’ part—Evans is Woody and Downey Jr. is Buzz Lightyear from the Toy Story movies.

Both Evans and Downey Jr. have been in Atlanta within the past couple weeks for Avengers 4 reshoots (although it’s unclear if they were there at the same time), so it’s technically possible it could be a galaxy-brain level reference to something we’ve yet to see or an on-set conversation. Or maybe they just wanted to bring out the Disney characters for a bit of fun. Honestly, we’ve seen weirder things on the internet, so something as normal as an animated Disney conversation is kind of refreshing.