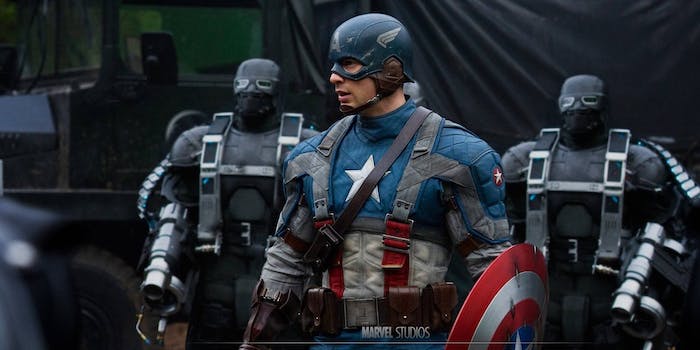 His tweets about the Trump administration have led to some inevitable comparisons with his role as Captain America—along with some unwanted attention from former KKK leader David Duke.

If David Duke….DAVID!…DUKE!… thinks you're right, then you are unequivocally wrong. The confirmation of @jeffsessions is beyond words. https://t.co/CuLUznwO6S

well if these nuggets of bigotry are some of your OTHER thoughts, then I stand by my original tweet https://t.co/YSrOCDuyBw

In response to a racist, antisemitic tweet from Duke on Monday, Chris Evans laid down the law.

I don't hate them. That's YOUR method. I love. Try it. It's stronger than hate. It unites us. I promise it's in you under the anger and fear https://t.co/RGnH4rrblq

A very appropriate message from the public face of Captain America, a superhero who—despite a recent Marvel Comics plot twist—is still seen by many as a symbol of freedom and equality.