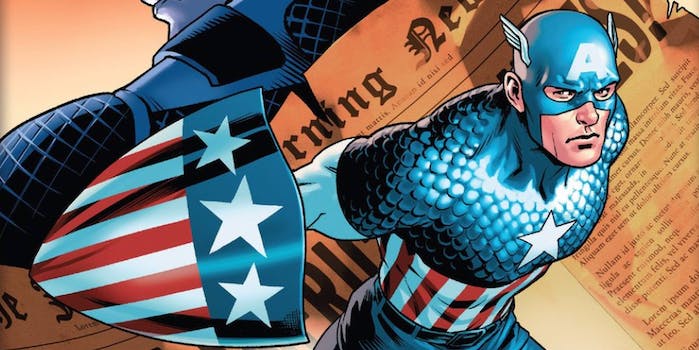 Comics canon is a malleable thing, but only up to a certain point. While reboots and resurrections are acceptable (for instance, people loved Bucky Barnes’ return as the Winter Soldier), fans tend to reject rewrites that drastically alter a character’s entire personality.

Case in point: The bizarre and shocking revelation at the end of Captain America: Steve Rogers #1, the new Captain America comic by writer Nick Spencer and artist Jesus Saiz.

When Marvel announced the return of Steve Rogers as Captain America, many fans were concerned he’d overshadow Sam Wilson, who took over as Captain America last year. Judging by issue #1, this concern is now a moot point, because Steve Rogers was just revealed to be a member of the Nazi supervillain organization HYDRA. Not just that, but he was apparently a HYDRA agent all along.

Captain America: Steve Rogers #1 follows two storylines, the first of which is set in the present day, showing Steve and S.H.I.E.L.D. battling an American HYDRA cell. The second story is a flashback to Steve’s childhood in 1926, in which his mother is seemingly recruited to HYDRA by a woman who rescues her from Steve’s abusive father. The implication is that Steve Rogers has been HYDRA since childhood, well before he became Captain America. 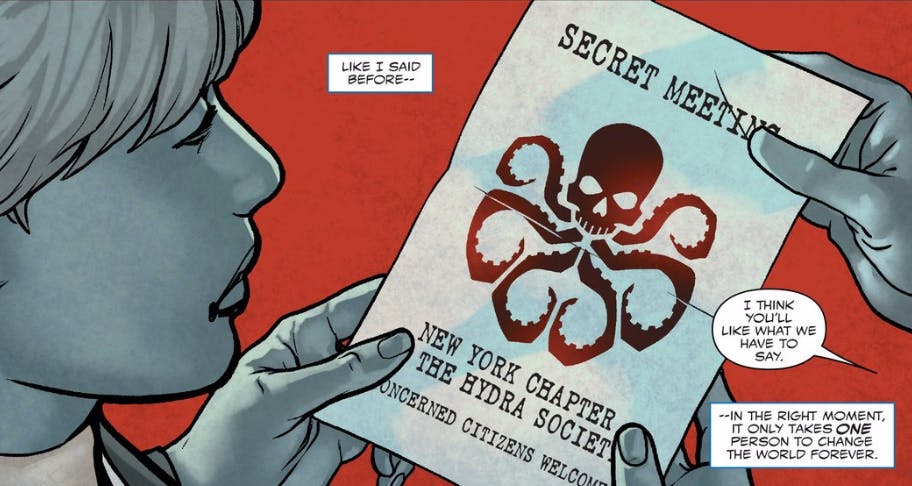 In the present day, the issue ends with Steve pushing one of his sidekicks out of a plane and uttering the phrase “Hail HYDRA.”

Speaking to USA Today, Marvel executive editor Tom Brevoort confirmed that this is the real Steve Rogers, not an evil clone or a visitor from an alternate universe. “We knew it would be like slapping people in the face,” he said. “His mission is to further the goals and beliefs of HYDRA. [But] it may not be as simple as that. It’s not like he’s exchanged his white hat for a black hat—it’s a green hat.”

Since HYDRA is explicitly framed as a neo-Nazi organization in this very comic, including a subplot with a white supremacist suicide bomber, it’s hard to see how Marvel can possibly characterize Steve Rogers as a morally ambiguous “green hat.” If he’s a lifelong member of HYDRA, then he’s a Nazi.

Taken at face value, this plot twist is perplexing on several levels. While you could argue that the post-Secret Wars Marvel Universe exists in a new continuity, the idea of a HYDRA Steve Rogers makes no sense in the context of any previous canon. There’s really no way to align this new storyline with the character’s 70-year history of fighting against HYDRA.

Even if you handwave away this retcon’s obvious characterization problems, it also seems like an insult to the legacy of Steve Rogers. Captain America was created in 1941 by a pair of Jewish cartoonists as a hero who fought back against Hitler at a time when, in the real world, the U.S. hadn’t yet joined the war.

This whole concept is so strange and controversial that we can only assume it will be retconned by the end of this comic’s run. This is only the first issue, after all. Maybe it’s the set-up to an elaborate, long-running undercover mission. Perhaps Steve Rogers only believes himself to be a member of HYDRA and the flashbacks are false memories. Could there be something weird going on with the rejuvenation process that restored his supersoldier strength? 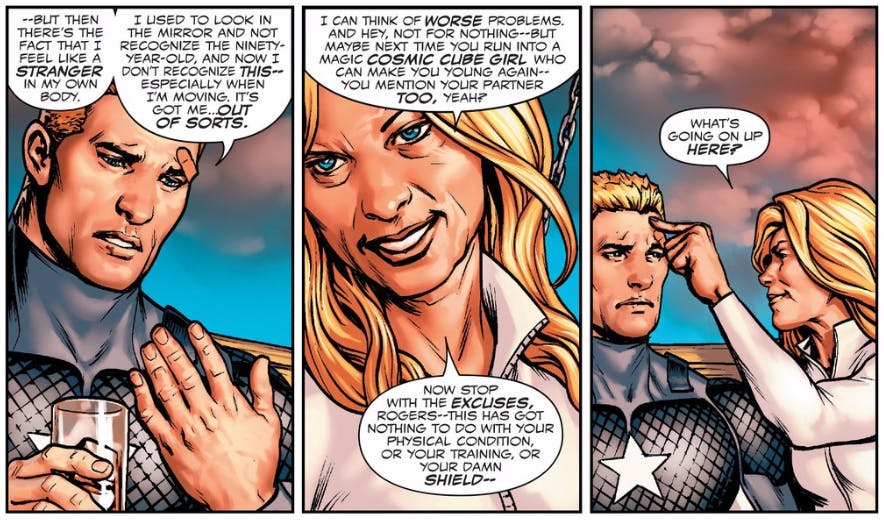 Whatever the explanation, we highly doubt that Steve Rogers will remain HYDRA forever. Much like the ludicrous storyline in which Aunt May was “revealed” to be Peter Parker’s mom due to a scandalous teen pregnancy, the idea of a Nazi Steve Rogers will eventually sink beneath the  waves of Marvel canon. Either this comic will retcon Rogers’s “new” backstory or another creative team will restore his legacy in a few years’ time.

Until then, many fans will paraphrase Nick Fury in The Avengers: We recognize that Marvel has made a decision, but given that it’s a stupid-ass decision, we’ve elected to ignore it.