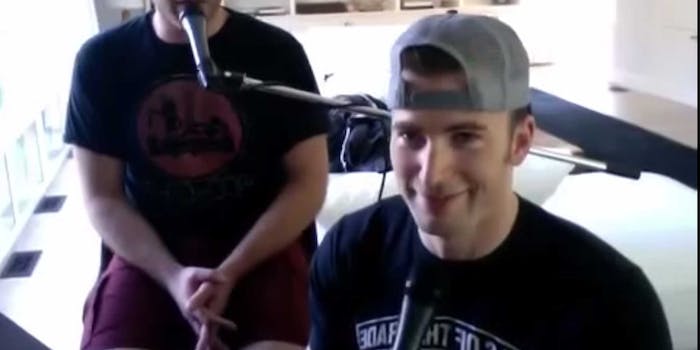 As if Chris Evans weren’t lovable enough, here he is singing with his brother

This is the most important video you will watch all day.

Gird your loins, because you’re about to watch a video of Chris Evans and his brother Scott singing a soft-voiced duet while Chris plays the piano.

“Chris and I messing around over Memorial Day weekend,” Scott Evans wrote on YouTube. “Unfortunately we had the giggles and couldn’t make it through the whole thing without laughing for here is just a tease… With some sung apologies to each other. :)“

Scott is a TV actor who sometimes accompanies his older brother to Marvel press events for moral support. This video, with its combination of adorable harmonizing and backward trucker hats, is the dictionary definition of Soft Bro.

The song, if you were wondering, is 1970 folk rock classic “Fire and Rain” by James Taylor.