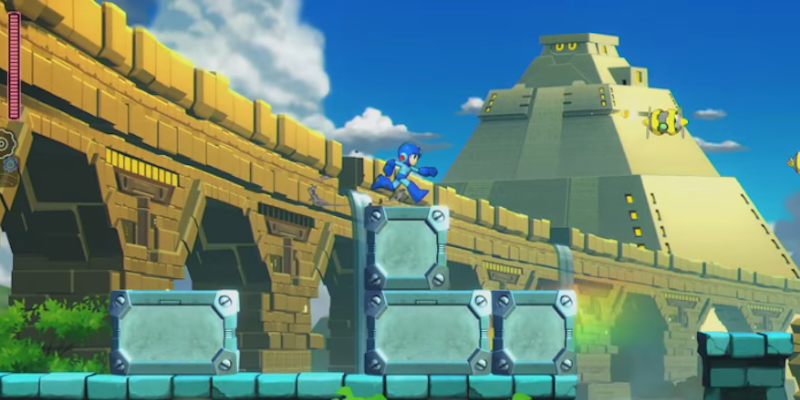 Capcom has announced plans for Mega Man 11—the first new game in the cult classic franchise since 2010—just in time for the game’s 30th anniversary on Dec. 17. The game is expected to become available sometime in late 2018 for the Xbox One, PlayStation 4, Nintendo Switch, and PC.

Get equipped with Mega Man 11, coming to Switch, PS4, Xbox One, and PC in Late 2018! Watch the #MegaMan30 livestream at https://t.co/qn8POJ2KIj! pic.twitter.com/wpz3x4rybj

In the game’s trailer, Mega Man is seen leaving yesteryear by time travel to 2018, where he immediately gets a graphics upgrade. Visually, the game looks unlike the other Mega Man predecessors like Mega Man 9 and 10. The new art will trade in the retro 8-bit animations used in previous titles for hand-drawn 2.5D ones, and it looks absolutely captivating.

Capcom has been hinting at this new project for a few months now and even hid the art for Mega Man 11  in the concept art gallery for Mega Man Legacy Collection 2, released this summer.

In other Mega Man fan news, Capcom also announced Mega Man Legacy Collections 1 and 2 will be coming to popular consoles in the near future, along with Mega Man X collection.

Check out the Mega Mann 11 trailer below: