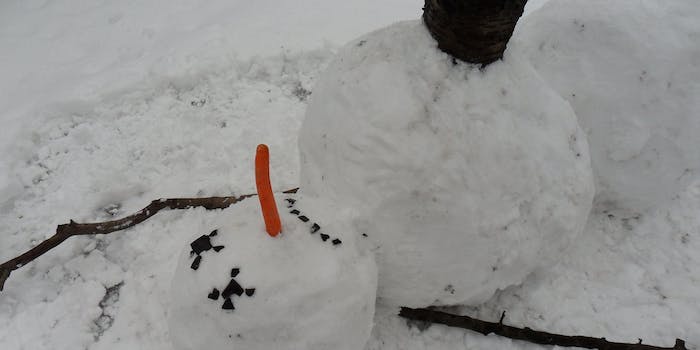 Calculating the cost of Calvin and Hobbes’ shenanigans

A parody researcher has brought us a hilarious breakdown on Calvin's insurance rating.

How much would it cost you to have a kid like Calvin? Around $1,900 a year, if you’re lucky and don’t have too much water damage.

Calvin and Hobbes has brought us many gifts in the two decades since its creator Bill Watterson allowed the 6-year-old boy and his stuffed tiger to sled off into the sunset. These include the Calvin and Hobbes Fight Club theory, and now the detailed research from parody website Proceedings of the National Institute of Science (PNIS) that shows the financial cost of all the property damage Calvin inflicts on his household in a given year.

Although PNIS is a parody website like the Onion or Landover Baptist, the methods used to compile their comedic results are legitimate. In this case, they’re also impressive: the website’s creator, Matt J. Michel, painstakingly went through all four volumes of the collected Calvin and Hobbes comics and determined the financial cost of each time Calvin caused property damage. These ranged from a broken lightbulb to the, er, five separate times he flooded the house—a stunt that cost his beleaguered mom and dad $4,800.

Probably for the purpose of preserving his sanity, Michel stuck to incidents where damage was actually shown in the comic strip. That means that the cost of the mysterious Noodle Incident is still untold—and we’re probably glad for that. 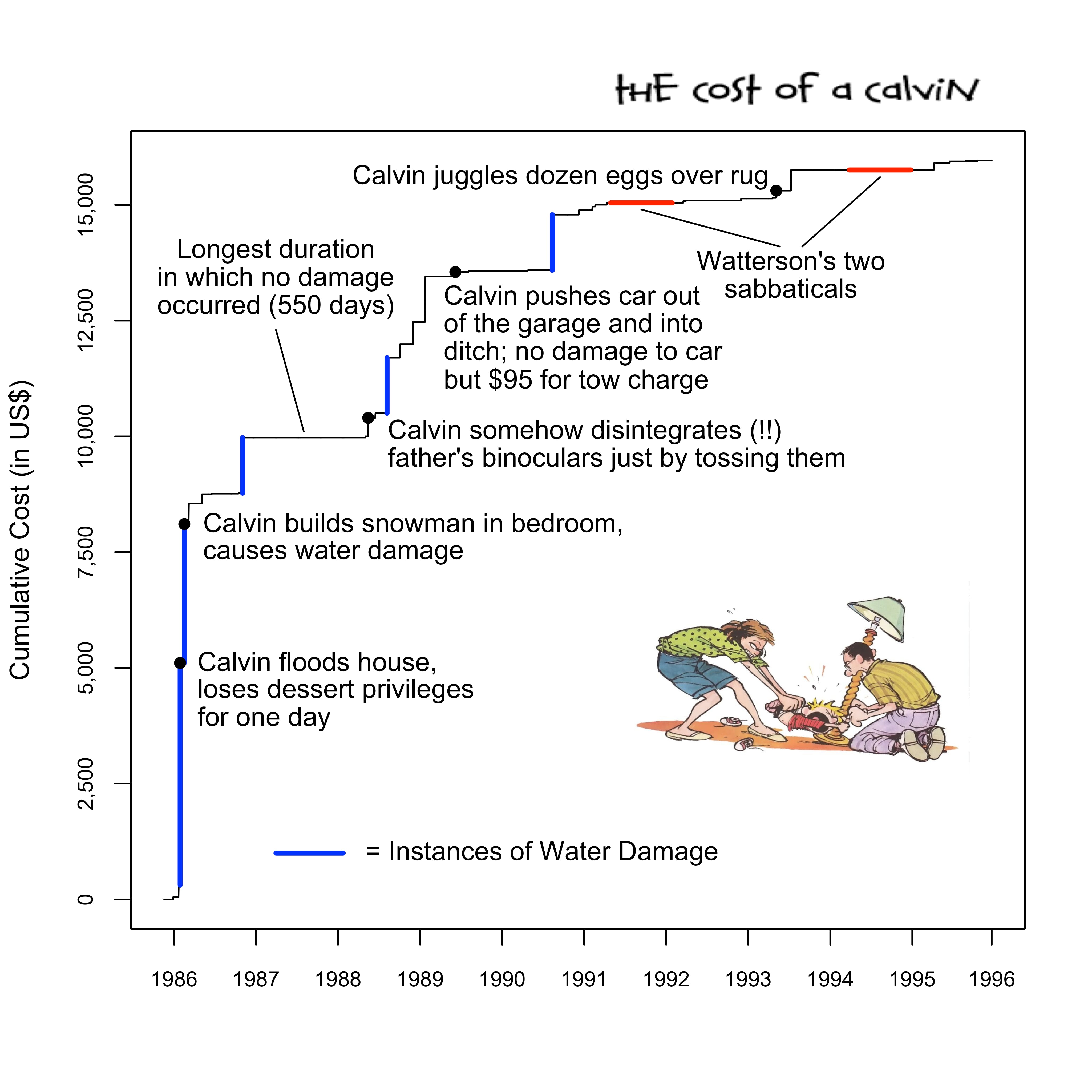 In total, Calvin racked up an annual average of $1,850 in property damage, according to Michel’s research. As he writes:

In total, Calvin caused an estimated $15,955.50 worth of damage over the duration of the comic strip (Figure 1). Damage ranged from a broken glass jar [6] ($2 from amazon.com) to a flooded house [7] ($4,798.83 from homewyse.com). Taking into account Watterson’s sabbaticals (see Figure 1) and the November start to the comics, Calvin caused $1,850.55 of damage per year. For context, the USDA estimates that middle-income families spend an estimated $1,750 per year on child care and education for 6 year-olds. In fact, the amount of damage caused by Calvin would rank 4th out of the USDA’s categories in annual expenditures, behind Housing, Food, and Transportation, and ahead of Education, Miscellaneous, Health Care, and Clothing. However, it should be reiterated that Calvin is presented as a worst-case scenario. If you believe your child does more than $1,850.55 in damage annually, then you may want to consider professional help, alternative forms of punishment, or, at the very least, take away their stuffed tiger.

[6] Caused by Calvin hiding in the top shelf of a closet and scaring his Mother.

[7] No cause is ever given here, but we see Calvin calling his Father from a stepladder within the flooded house. Incidentally, his punishment for this stunt was no dessert. Needless to say, Calvin will go on to flood other parts of the house on 4 more separate occasions.

Michel also notes that Calvin’s destructive sprees are greatest in January, February, and August, which he speculates could be a reaction against having to go back to school. Given that Calvin is eternally 6 years old, it’s hard to gauge changes over time, but Michel does observe that Calvin’s destructiveness is channeled into philosophical thinking and other activities later on, including dinosaur fighting and transmogrifying.

Overall, while Calvin may be a destructive tyke, Michel acknowledges that there are plenty of benefits to having a kid like him around. Not the least of them, we assume, is being reminded of what fun it is to be a kid.

We hope this knowledge allowed his parents to laugh when they were paying the cleaning bills.