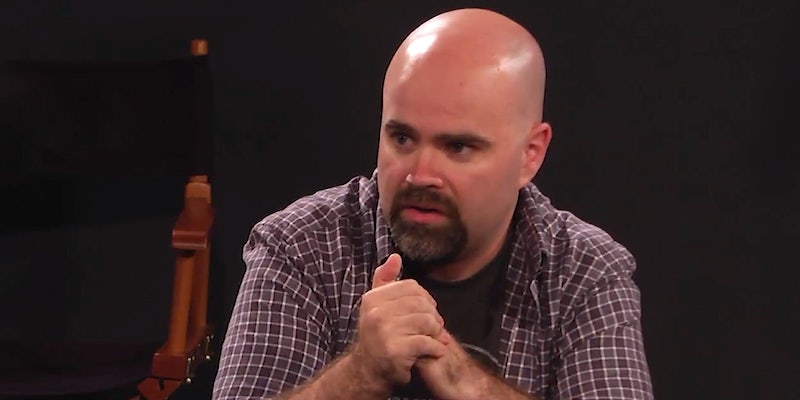 Bryan Cogman, whose previous work includes Game of Thrones and Disney’s live-action remake of The Sword in the Stone, has signed an overall deal with Amazon Studios.

As part of the deal, Cogman will create and work on new shows for the streaming network, Variety reports.

“We’re proud to be in business with Bryan, who has written some of the most memorable and exhilarating television in recent history,” Albert Cheng, Amazon Studios’ co-head of television, said in a statement. “His storytelling prowess is undeniable, and we cannot wait to introduce his voice to our Prime Video audience.”

Cogman has spent the past several years working on Game of Thrones, where he started as assistant to showrunners David Benioff and D.B. Weiss and was promoted to staff writer and then executive producer. To date, Cogman has written 10 episodes that have aired (with an 11th set to air during season 8), including season 3’s “Kissed By Fire,” season 4’s “Oathkeeper” and “The Laws of Gods and Men,” and season 7’s “Stormborn.” (He also wrote one of the show’s most controversial episodes.)

“I couldn’t be more thrilled and honored to start the next phase of my career with Amazon,” Cogman said. “I’m grateful for the opportunity and excited to start writing.”

Amazon Studios’ signing of Cogman arrives at an interesting time. Cogman was one of five writers tapped to work on scripts for a potential Game of Thrones prequel series. George R.R. Martin first hinted at Cogman’s hiring in a May 2017 blog post after HBO announced four other writers (which HBO confirmed several months later), but we haven’t heard much since Jane Goldman’s Age of Heroes series got a pilot order. It’s unclear how—or even if—Cogman’s new deal with Amazon could affect the Game of Thrones prequel.

All we know so far is that Cogman was writing an adaptation, and it’s unclear if his series was the one HBO scrapped. It’s even possible that Cogman’s show could go forward without him now that he signed with Amazon. Then again, there might be plenty of time to work with. Development of a TV series, especially as big as a Game of Thrones spinoff, takes time. Even with Game of Thrones’ end inching closer, there could still be more up HBO’s sleeve.

“Three more Game of Thrones prequels, set in different periods and featuring different characters and storylines, remain in active development,” Martin wrote in a June 2018 blog post. “Everything I am told indicates that we could film at least one more pilot, and maybe more than one, in the years to come.”

Amazon hasn’t been shy about wanting its own high-caliber original programming comparable to shows like Game of Thrones. It even went the literal approach by spending hundreds of millions of dollars to adapt The Lord of the Rings, which influenced Game of Thrones, into a TV series. No matter what Cogman ends up creating, he’s got a winning record on his side.