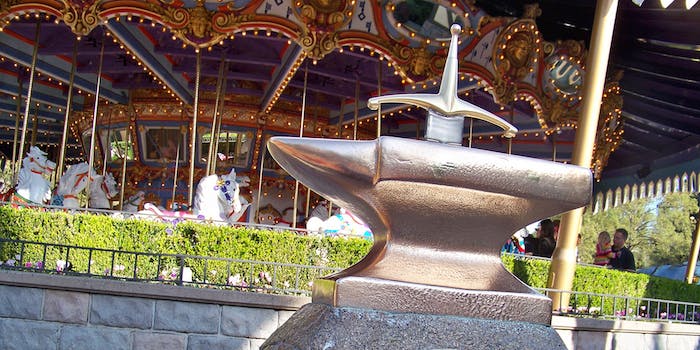 Does this mean Disney's cute animated classic will give way to a grimdark medieval epic?

Variety announced Monday that Disney’s latest live-action film remake will be The Sword in the Stone. The original 1963 film, one of the last made while Walt Disney himself was still alive, imbued the King Arthur myth with music, fun, and talking animals.

The project is still in development, so it doesn’t yet have a director, a cast, or a projected shoot date. But it does have one thing that caused eyebrows to fly up all over Westeros: Disney has tapped Game of Thrones screenwriter Bryan Cogman to write the screenplay.

Cogman has written some of Game of Thrones‘ darkest moments, including season five’s most controversial episode. (Link contains spoilers.)

“If Disney wanted a dark medieval film to diversify their portfolio, they got their wish!” wrote a fan at IndieRevolver. “Cogman comes in from Game of Thrones with the right mentality. I’m thinking this might be the sleeper hit of all their recently announced films.”

But for his part, Cogman seemed to be transitioning easily into the childhood spirit:

Speaking of T.H. White’s famous Arthurian novel The Once and Future King, he added:

And of course, he shared his “research” for the film—i.e. a trip to Disneyland and a failed attempt to crown himself royalty.

Given the tone of the live-action remakes we’ve seen so far, there will be plenty of dark elements in the new Sword in the Stone—although we hope Cogman will shy away from anything truly grimdark. And as he recently told us, he likes character-driven narrative best, so we hope the film will be less sword-and-sandal action fantasy, and more a look at who Arthur was on the road to becoming a great king.

We also hope that the writer some fans have accused of being part of a sexist Game of Thrones “dick clique” will shy away from making the film solely about the adventures of Merlin and Arthur. Girls can be great warriors, rulers, and wizards, too.

We’re still looking forward to an epic wizard’s battle, though. Don’t let us down, Cogman.

Photo via lorenjavier/Flickr (CC BY ND 2.0)