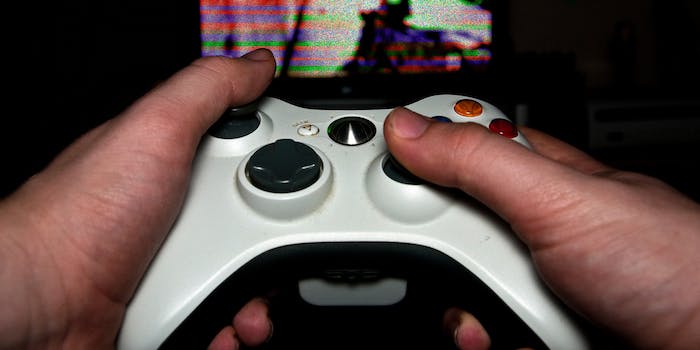 The latest bout of attacks is far from the first.

Congratulations if you tried to play an online game last night and fumed away from the keyboard or control pad because the servers were down. You were the lucky recipient of a DDoS attack!

Put simply, a Distributed Denial of Service attack bombards a target server with requests from a horde of computers. The attacker pings a chosen server with so many requests that the server either slows down or collapses outright in the torrent of activity. Where hacking usually implies an attempt to seize or disseminate information, a DDoS attack is about inconvenience and/or paralyzation of a service.

Last night’s attacks were just another set of assaults in a legion of incidents that have pissed off online gamers for years. Some of the earliest writing about these attacks is from 2002, and concerns DDoS attacks on Half-Life, Quake 3, and Unreal Tournament servers. Prolexic, a tech firm that provides tools for guarding against DDoS attacks, shares detailed code for attacks on Quake 3 by way of demonstrating how the attacks function.

In February, 2014 in an interview with the BBC, Barry Shteiman, from the data security company Imperva, identified DDoS attacks in the gaming world as a bona fide trend, versus hackers aiming their attacks strictly at the seizure of data. In the infamous PlayStation Network hack of April 2011, which was of the data-focused variety, it was feared that up to 70 million accounts had been compromised.

Titanic Takeover Tuesday took place in June 2011. The hacker group Lulsec launched DDoS attacks against Minecraft, EVE Online, and League of Legends servers. And since then, the list of DDoS attacks and resultant online gaming outages has grown long and tiresome.

Here are some highlights in the history of DDoS attacks against the gaming world:

That is just a short list meant to demonstrate not only how consistent these attacks have been, but also that the attacks span all manner of different games and genres. No one seems safe, and no one seems to have a good idea as to how they can eliminate the threat of DDoS attacks.

It’s also possible that latency concerns are to blame for why gaming companies don’t have better DDoS protection. Scrubbing data is in part how some DDoS protection software works. That could introduce latency issues to online gaming, and when milliseconds count in competitive gaming, latency is a serious concern.

Game companies have at least learned how to recover from these attacks relatively quickly. Last night Battle.net suffered relatively minor interruptions, PlayStation Network was up and running by midnight EST, and Xbox Live seemed to have avoided any major interruptions of service.

Photo via Luke Hayfield/Flickr (CC BY 2.0) | Remix by Jason Reed