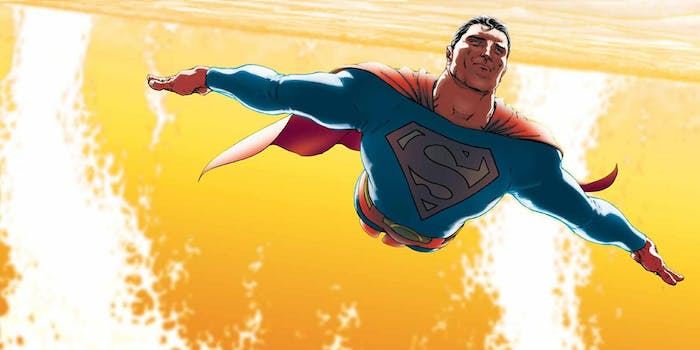 Brian Michael Bendis jumping ship from Marvel to DC was a major plot twist for superhero comics. Bendis was one of Marvel’s top writers, co-creating characters like Jessica Jones and Miles Morales, and writing numerous top-tier comics including Spider-Man and Iron Man. His first DC work will arrive this year, and fans have been wondering what exactly he’ll do at his new publisher.

Forbes reports that Bendis will write two of DC’s lead titles: Superman (relaunching Superman’s main adventure comic) and the long-running Action Comics (focusing on Clark Kent’s daily life). His first DC story will appear in Action Comics #1000 on April 18, followed by a six-issue Man of Steel miniseries with work from a variety of artists, including Evan “Doc” Shaner and Kevin Maguire.

Speaking to Forbes, Bendis said that his Action Comics #1000 contribution won’t just be a one-off story. “It is a major chapter in what we’re doing, with some really big bombs we’re dropping in Superman’s life.” The Man of Steel miniseries will introduce a new villain, and Bendis is hyping it as a major event storyline with “enormous” fallout. Admittedly, this is what DC and Marvel say about every damn event comic. But Bendis joining DC is a pretty big deal, so this time it may actually be true.

DC will also re-release Bendis’s original Jinxworld comics (Powers, Scarlet), with plans to publish more in future. And in case that workload wasn’t enough, he’ll also curate a new DC imprint, which Bendis compares to Gerard Way’s experimental Young Animal franchise. He describes it as “a select series of special comics,” which tells us precisely nothing, but we’re sure to hear more in the coming months.