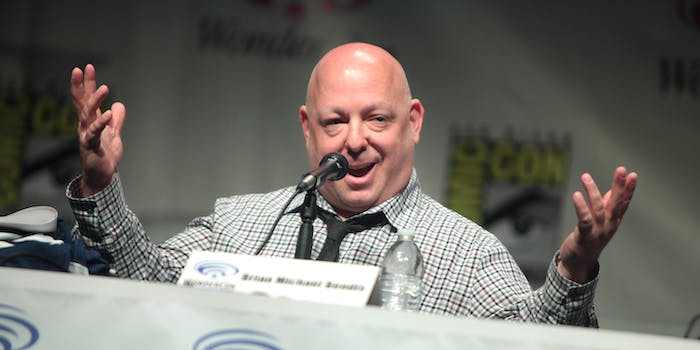 Marvel just lost one of its top writers to DC Comics

This is huge news for both DC and Marvel.

In a surprise move, writer Brian Michael Bendis has signed an exclusive contract with DC Comics.

Until now, Bendis was one of Marvel’s most high-profile and prolific writers. To give you an idea of just how prolific, this summer he wrote seven simultaneous comics for the publisher, including Jessica Jones, Spider-Man, and two Iron Man comics. He also co-created several fan-favorite characters for Marvel, most notably Miles Morales, Riri Williams, Jessica Jones, and Maria Hill.

DC announced the news on Twitter, welcoming Bendis “exclusively to the DC family with a multiyear, multi-faceted deal.”

While Bendis has written extensively at Marvel, Image, and smaller indie publishers, he hasn’t really worked for DC before. That makes this move all the more intriguing, because it’s hard to predict what he’ll do in the DC sandbox. “Change is good,” he wrote on Twitter. “Change is healthy. I am bursting with ideas and inspirations. Details to come! Stay tuned!”

This deal may actually have a bigger impact on Marvel than it does on DC. With Bendis gone, there’s a hole in Marvel’s top creative team. We’ll get to see other writers on characters like Miles Morales, hopefully inspiring Marvel to recruit new blood.

In recent years, Bendis’s ubiquity has come to represent Marvel’s reliance on a core group of long-established (and overwhelmingly white and male) writers. Some weeks saw the publisher release more comics by Bendis than by women writers—a statistic that isn’t his fault, but handily illustrates Marvel’s diversity problem. Will Marvel take this opportunity to refresh its pool of talent, or will we just see a reshuffle of established writers?