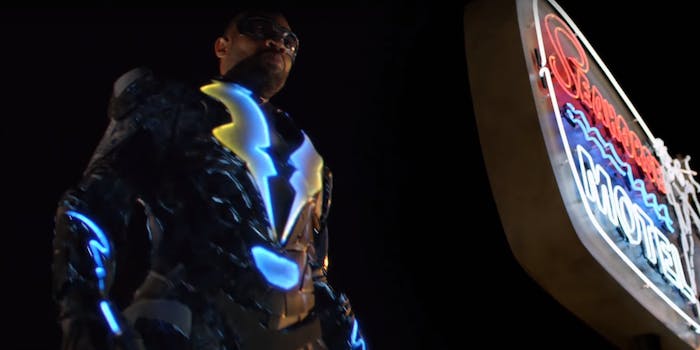 Photo via The CW Television Network/YouTube

He's the latest DC Comics superhero on the CW.

The CW is adding yet another superhero to its DC Comics franchise, debuting Black Lightning later this year.

The first trailer is action-packed, introducing the hero Jefferson Pierce (Cress Williams) and his electricity-based superpowers. He’s a former superhero turned high school principal, who steps out of retirement to fight crime in his neighborhood. Oh, and he has two teenage daughters who seem to have inherited some of his powers!

Black Lightning is currently billed as a standalone show rather than being part of the Arrowverse, but that could easily change. After all, they managed a crossover between Supergirl and The Flash when the two shows were still on different networks.