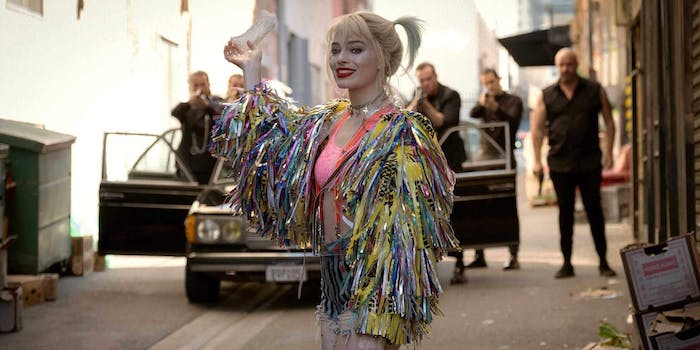 Birds of Prey isn’t doing enormously well at the box office, despite positive reviews and a star turn from one of the most popular characters in the DC franchise. So, what happened? There’s been some speculation that the film suffered from poor marketing, failing to grab the same attention that Suicide Squad managed in 2016. Part of the problem could be name recognition, which would explain why the film’s title has changed on some cinema websites.

The original title, Birds of Prey (and the fantabulous emancipation of one Harley Quinn), is a little unwieldy. Everyone just refers to the movie as Birds of Prey, a title that doesn’t necessarily have a lot of name recognition outside of DC Comics fandom. On Monday, people began to notice that the film now has a different title when you order tickets online. On the websites for AMC Theatres, Cinemark, and Regal, it’s now listed as Birds of Prey: Harley Quinn. However, it still has the same title on theater chains overseas, and on the film’s official website and marketing.

This change suggests that Warner Bros. is scrambling to bring Birds of Prey to a wider audience, unintentionally playing into the never-ending culture wars in superhero fandom. Long before the movie came out, a sexist contingent of DC fans were already accusing it of being too feminist to succeed. Meanwhile, many Birds of Prey supporters believe it suffered from poor marketing compared to male-led superhero movies. Anecdotally at least, Birds of Prey didn’t seem to have the same extensive hype campaign as Deadpool, its closest equivalent as a zany, R-rated film.

According to Verge reporter Julia Alexander, a Warner Bros. representative said the new title is meant to help “search expansion for ticket sites.” So it’s not actually an official change of title, it’s a strategy to make the film easier to Google. Whether that actually makes a difference is another matter. Birds of Prey earned positive reviews and promising word-of-mouth, but it didn’t have as much pre-release buzz as other DC/Marvel movies, and the first week of ticket sales are crucial to box office success. It’s entirely possible at this point that Birds of Prey won’t turn a profit—but then again, neither did Justice League.