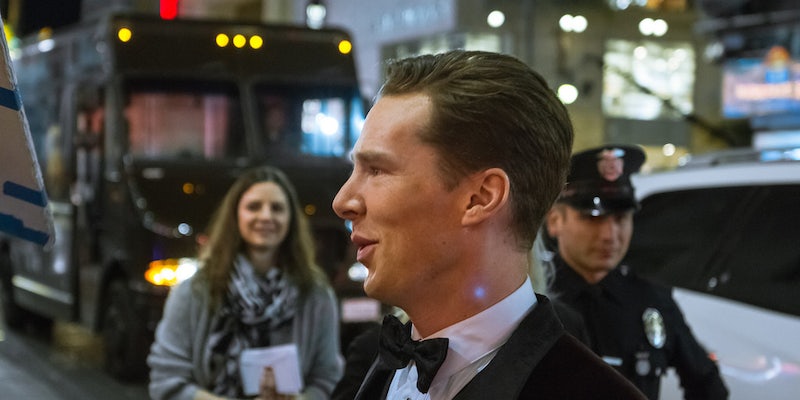 The Cumberbun is officially in the oven.

Benedict Cumberbatch is having a great week. He just started filming the Sherlock Christmas special, with his face popping up in odd places. He’s in contention for multiple awards for his performance in The Imitation Game; an Oscar nomination seems likely as well. To top it all off, the world just learned that he and his fiancée Sophie Hunter are expecting their first child.

Cumberbatch’s spokesman confirmed the news to the Daily Mail after reports of Hunter’s pregnancy first hit Page Six, with a source saying that she was “a few months along.”

“I am delighted to confirm that Benedict Cumberbatch and Sophie Hunter are expecting their first child,” the spokesman said. “They are both over the moon.” 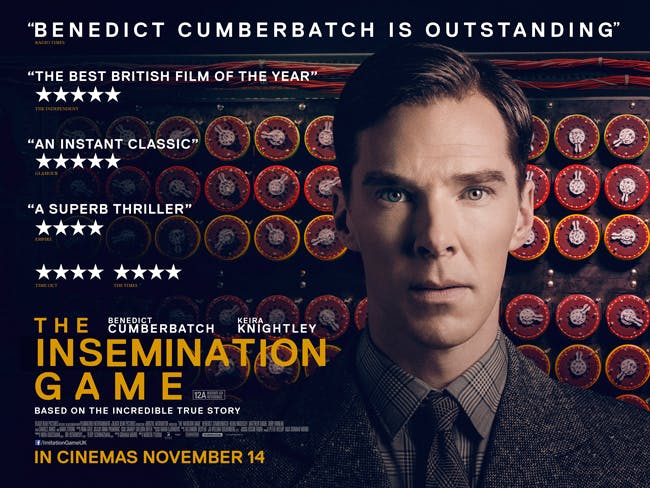 Naturally, many of Cumberbatch’s fans—who were thrilled for the actor when he and Hunter got engaged in November—were ecstatic at the news that he would soon become a father.

Benedict's publicist has just confirmed to me that Benedict and Sophie are indeed expecting. Many many congratulations to them both.

So Twitter is still alive after the news broke that #BenedictCumberbatch is becoming a father?? Wow!!

I have visions of @TheEllenShow onesies and other goodies for #BenedictCumberbatch and Sophie when he visits on 1/14 :) #CumberBaby

By far the most intense conflict raging among Cumberbatch’s fans after the announcement is over what to call his child prior to its birth. “Cumberbaby” seems to be leading the pack, but why stop the creativity there?

With Cumberbatch’s name already inspiring endless mashups, we looked at the collection of baby (and couple) nicknames circulating in his fandom.

Guys he's going to get his big family!! HES GOING TO BE A DADDY AND TALK ABOUT HIS LITTLE BABY IN HIS INTERVIEWS AND AW #BABYBATCH

The pun just rolls off the tongue here. Well done.

Future job title for a future dad. And he is essentially going to be a papa bear, so it’s fitting.

Similar to Papabatch, but it doesn’t flow nearly as well.

Although the sentiment may be a bit cumber-nauseating for some, Lawson certainly has the right idea. The baby is probably going to be adorable, but that’s true of most babies. Cumberdad is no Papabatch, but it ranks higher than Daddybatch.

Although Cumberbatch had his part in the affair, Hunter will be the one carrying the child to term. She will be the one scrutinized by certain segments of the media for her appearance. It is she, not her husband, who will be pressured to lose weight after she’s given birth. Give credit to where it’s due.

IT HAS BEEN CONFIRMED!!!!! BENEDICT AND SOPHIE ARE HAVING A BABY!!! I CAN’T TELL YOU HOW HAPPY I AM!!! :’D #HunterBatch #Babybatch #LOVE

Have fans come up with Cumberbatch and Hunter’s mashup couple name yet? If not, this is a prime candidate for it.

And now, back to baby nicknames…