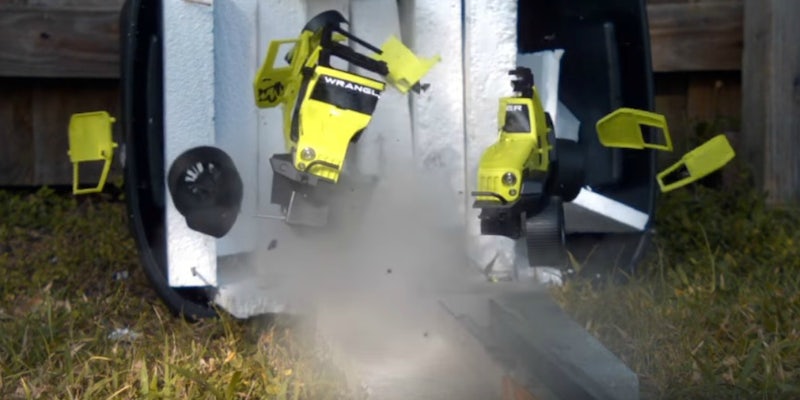 He took his inspiration from 'MythBusters.'

The Backyard Scientist is clearly a big fan of MythBusters, and one of his favorite stunts on the show was a rocket-propelled sled that traveled 500 mph to decimate a car innocently sitting on some railroad tracks. So, the Backyard Scientist, AKA Kevin Kohler, set out to recreate it in, obviously, his backyard.

Using a toy jeep and his own rocket knife creation, Kohler gloriously blasts that piece of plastic to bits. Then, he sets his sights on a raw chicken, a chuck roast, and a pile of produce. Take a look.

Kohler’s homemade sugar rocket went from 0-150 mph in the span of 0.3 seconds, and it is decidedly lethal.

Not everything was perfect with Kohler’s experiment, though. Especially the part where he burned his finger. But at best, Kohler—who boasts more than 2.3 million YouTube subscribers—came up with an extra cool backyard activity that hundreds of thousands of people will watch. At worst, he found a new way to quickly carve a chicken.