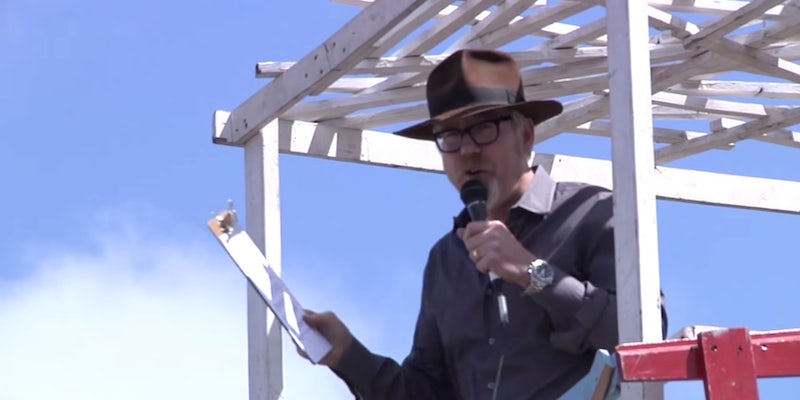 If you want to be a maker, make something—anything. And that’s only the first commandment.

In what’s become an annual tradition at the Bay Area Maker Faire, Mythbusters host Adam Savage delivers an address to the crowd about making things, and this year was no different. He discussed what he called his “10 Commandments of Making” and what he wished he had understood when he started to make things. And the fact that we want to make things is a very unique trait.

“Humans do two things that make us unique from any other animals,” he said. “We use tools and we tell stories. And when you make something, you’re doing both at once.”

His 10 commandments only take up the first 10 minutes of the video; audience questions take up the larger chunk. If you don’t have the time to watch, Savage wrote down his commandments at Tested.

7. Discouragement and failure are intrinsic to the process. Don’t hide from these. Talk about them. They’re not enemies to be avoided, they’re friends, designed to teach your humility. Go easy on yourself. Don’t compare yourself to others; go ahead and be envious of others’ skills, because frequently you can’t not. Use that.