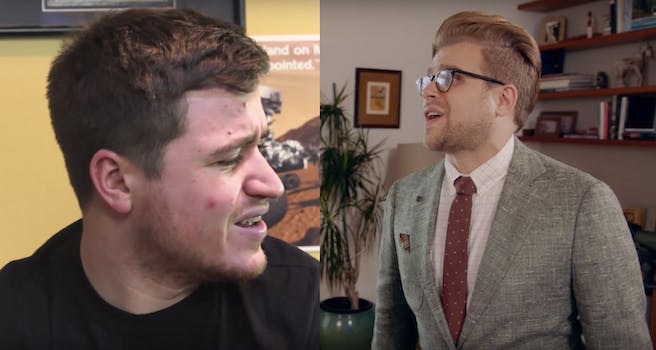 These guys ruined the ‘Adam Ruins Everything’ about Tesla

To Tesla or not to Tesla?

After a recent episode of the popular Adam Ruins Everything pooh-poohed electric cars for not making a dent in pollution, YouTube channel Now You Know decided to speak up and set the record straight.

In the original Adam Ruins Everything episode, Adam Conover reduced cars like the Tesla Model III to mere toys and a faraway dream, and accused electric car owners of merely shifting their fuel needs to another part of the electric grid, not reducing them at all. His ultimate moral is that we need to buy less and reuse more, rather than rushing to buy the latest green gadget

Here’s that original clip, in case you missed it:

When the guys at Now You Know heard the episode, though, they worried that Conover’s substantial audience (over 1.8 million people have watched the clip embedded above) was getting the wrong idea about electric cars.

In a rebuttal video, they tried to set the record straight. They concede that electric cars do still rely on the energy grid, but they walk viewers through the math—with updated statistics—to prove that point wrong. They also debunk the claims that getting rid of a Prius is a waste, that electric car batteries are made of difficult-to-mine materials, and the claim that individuals can’t make a difference with green purchases. The hosts even point out a few facts that Adam Ruins Everything left out about gas refineries and the link between EV owners and solar panels.

It’s not as glossy as the College Humor-produced Adam Ruins Everything episodes, but it’s every bit as filled with food for thought.

Even if you don’t know who to believe now, the important part is the same: Try being a more conscious consumer, and that starts with doing some of your own homework, not just relying on YouTube to tell you all the facts.