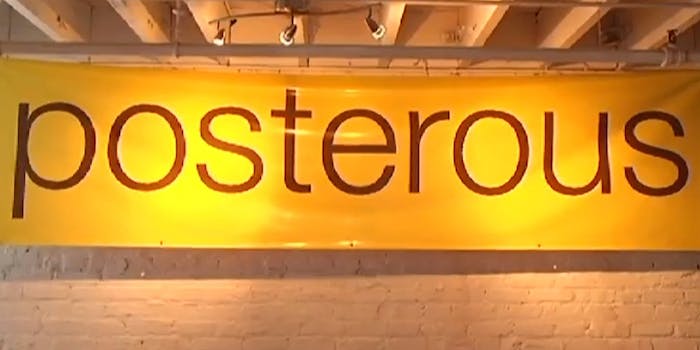 Archive Team races to preserve Posterous before it goes dark

An attempt to archive blogging community Posterous before its demise is over halfway to its goal.

An attempt to archive blogging community Posterous before its demise is over halfway to its goal.

An easy-to-use blogging service, where posting was as simple as sending an email, Posterous seemed to struggle in the face of competition from the likes of the mammoth Tumblr.

Twitter bought Posterous last March, and is shutting down the service at the end of next month. While Posterous is affording users the opportunity to download their own posts and data and export posts to blogs elsewhere, it will not keep the site live.

In an attempt to save Posterous, the Archive Team collective of “archivists, programmers, writers and loudmouths” is trying to archive the entire public history of Posterous posts. The group has worked since 2009 to preserve “our digital heritage” as various sites and services shutdown, or are deleted.

Their Archive Team’s most famous project was saving a large swath of sites from pioneering 1990s web hosting service Geocities, before Yahoo shut it down in 2009. However, they weren’t able to save every page of the massive site before it went dark.

Now the collective is hoping the same thing won’t happen to Posterous, and they’re asking volunteers to help download the site’s data. It’s a project that relies on a large number of people pitching in with their bandwidth and hard drive storage to make work.

Those involved are racing to download more than 6.7 million accounts so they can be preserved for future generations. A leaderboard shows that several participants have grabbed hundreds of gigabytes of Posterous data, with more than half the data in the bank already and over a month left.

If you want to opt out of having your data snagged, you’re outta luck unless you kept your blog private. “[The data’s] already public – that’s why we’re grabbing it,” the collective wrote. It’s not quite clear what kind of copyright issue grabbing public posts in this way raises, but it doesn’t seem like legal concerns will stop the ArchiveTeam anyway.

As for what will happen to the data once the project’s closed, the collective said it will remain public, with a copy going to the Internet Archive for possible inclusion in the Wayback machine, a tool that shows you what a site looked like at various points in time.

It’s a noble cause to preserve Posterous that goes beyond any petition (that’d surely fall on deaf ears in any case).