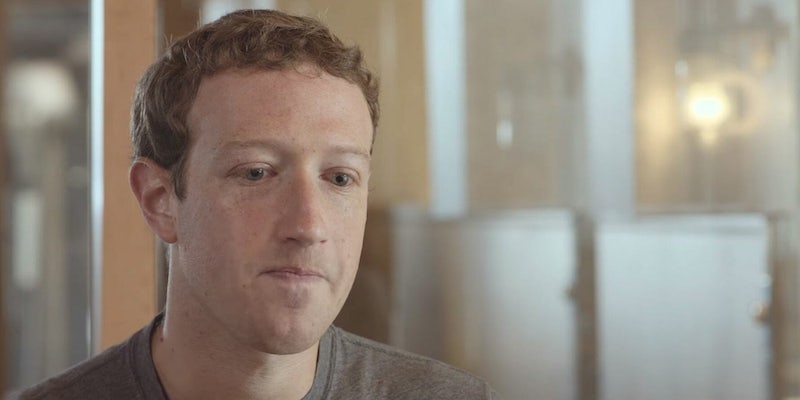 Zuckerberg will testify before Congress next week

He will appear before the House Energy and Commerce Committee on April 11.

Facebook CEO Mark Zuckerberg will testify before Congress next week following the fallout after reports that Cambridge Analytica harvested user data without their knowledge.

Zuckerberg will appear before the House Energy and Commerce Committee on April 11 at 9:00am CT. The committee said it wants to discuss “the company’s use and protection of user data.” The committee sent a letter to Zuckerberg late last month asking him to testify.

“This hearing will be an important opportunity to shed light on critical consumer data privacy issues and help all Americans better understand what happens to their personal information online,” Committee Chairman Rep. Greg Walden (R-Ore.) and Rep. Frank Pallone Jr. (D-N.J.) said in a statement. “We appreciate Mr. Zuckerberg’s willingness to testify before the committee, and we look forward to him answering our questions on April 11th.”

Last month it was discovered that Cambridge Analytica, a firm that worked with President Donald Trump’s presidential campaign, had collected data on more than 50 million Facebook users. As a result of the revelation, millions of people have left the social media site and #DeleteFacebook became a trending hashtag.

In response, the company promised to overhaul its privacy settings.

The Federal Trade Commission announced last month that it has opened an investigation into Facebook’s privacy practices after the Cambridge Analytica reports raised “substantial concerns.”

Zuckerberg has also been invited to testify before the Senate Judiciary Committee.