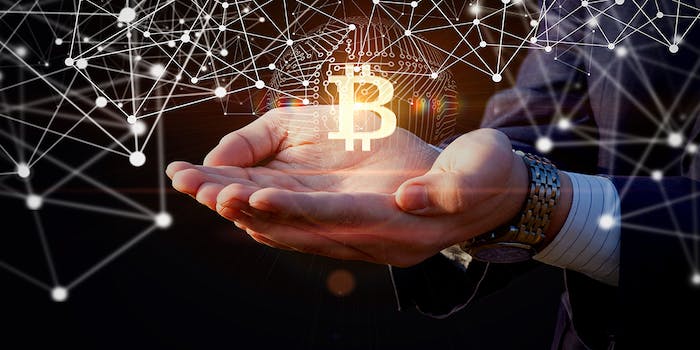 Everything you need to know to understand Bitcoin

All of your burning bitcoin questions, answered.

To paraphrase Drake, if you’re reading this to invest in Bitcoin, it’s too late. The cryptocurrency has skyrocketed in value in 2017, hitting its all-time highest value of more than $11,000 this week. Once synonymous with infamous shady interactions on the dark net, Bitcoin is currently worth more than IBM, Disney, or McDonald’s. You might think you understand the concept behind the decentralized currency, but providing a simple Bitcoin definition isn’t as nearly as clear-cut as describing friendly exchanges between PayPal accounts.

Here’s a simplified rundown of what you need to know about the origins, worth, uses, and future of Bitcoin.

According to Merriam-Webster, Bitcoin is “a digital currency for use in peer-to-peer transactions.” Known as the first decentralized currency, bitcoins are digital coins sent through the internet, transferred directly without having to go through third parties such as a bank or PayPal. 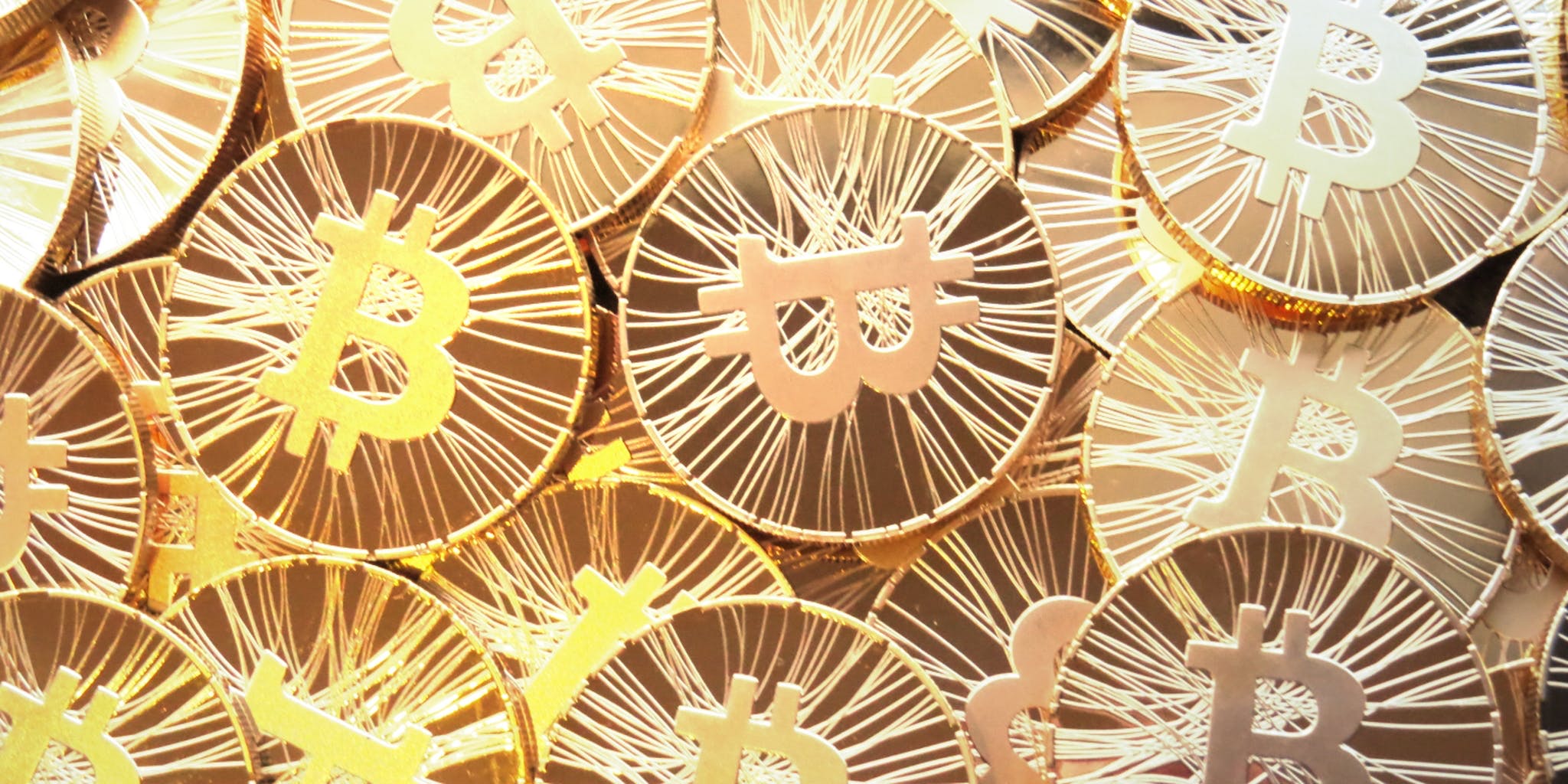 How does Bitcoin work?

If you’ve read any news about Bitcoin’s value surging, it’s likely that the terminology alone might have complicated your understanding. But when you start from the beginning of the cycle, the terms start to make a lot more sense. Using Bitcoin starts with installing a Bitcoin “wallet” (also digital, of course) on your computer or mobile device—because you can’t have money unless you have somewhere to store it.

Once installed, your wallet will generate your first Bitcoin address. This address, according to Bitcoin.org, functions like an email address—you can give it out to friends so that they can pay you and vice versa. The key difference is that you should only use an address once for security purposes. How does Bitcoin trace balances of individual wallets? By using what is known as a “blockchain,” a shared and continually growing public ledger that connects the entire Bitcoin network. Each record is called a “block” and is securely linked using cryptography.

Transactions in Bitcoin are completed by transferring value between Bitcoin wallets. Each transaction is deemed legitimate with a secret piece of data called a “private key.” Each wallet has a private key, which acts like a signature on individual transactions—similar to signing a check before you deposit it.

It’s more pseudonymous than anonymous. If you’re using Bitcoin to pay for something online, for example, your address will appear when sending and receiving transactions, much like your email address appears when you send or receive emails. If wanting to maintain anonymity with your Bitcoin purchases, it’s recommended that you use a new address with each transaction to keep the process from being linked to a common owner. Keep in mind that all transactions on the blockchain are a part of a public ledger—that means everyone can see.

In 2008, a paper titled Bitcoin: A Peer-to-Peer Electronic Cash System appeared on a cryptography listserv identifying someone named Satoshi Nakamoto as the author. The question of who is behind the alias has long been a confusing and contentious debate in the Bitcoin community. Wired  and it remains a pseudonym for the anonymous author behind its beginnings at the Massachusetts Institute of Technology. Wired identified Australian entrepreneur Craig Steven Wright as the potential creator of Bitcoin, and Wright has claimed credit, but some in the Bitcoin community remain skeptical.

Yes. In 2013, the U.S. Treasury Department deemed Bitcoin legal for purchasing well-natured goods and services. If a part of you associates Bitcoin with some shady business, you’re not wrong. Bitcoin received backlash in the past for its semi-anonymity and decentralized nature, which connected it to the (then-thriving) Silk Road, an online black market that was known for selling illegal drugs and services. When it was busted in 2013, the FBI initially seized 26,000 bitcoins from accounts on Silk Road, worth about $3.6 million at the time (and far more today).

What is Bitcoin mining?

There are three ways to attain bitcoins: Buying on an exchange, accepting them for goods and services, or mining. Think of Bitcoin in the same way you think of any natural resource that needs to be mined: It’s finite, more expensive when the demand is higher, and increasingly difficult to mine as time goes on.

Unlike the distribution of paper money, which is regulated by the government, the amount of bitcoins circulating the globe at any given time is controlled by a process called “mining.” Those who wish to possess bitcoin must solve math problems in order to acquire the currency. The catch is that these problems increase in difficulty as the demand grows, roughly every 10 minutes. The difficulty decreases when Bitcoin demand declines.

Powerful computers and programs unlock these math problems that—once solved—generate bitcoins to the user. These bitcoins can then be stored in a Bitcoin wallet, which can be downloaded to the hard drive of your computer, stored on an online web-based service, or in a “multisignature” address that requires a number of security keys to protect the account.

What is Bitcoin worth?

Like every currency, the value of Bitcoin varies daily. Bitcoin reached a record-high on Nov. 29, 2017, with a single-unit equating to $11,377.33 U.S. dollars, according to CoinDesk.

Why is the value of Bitcoin spiking?

Historically, the value of Bitcoin has been driven largely by its scarcity and speculation, with each mainstream breakthrough only elevating its status further. The most recent surge has corresponded with CME Group (Chicago Mercantile Exchange) and Cboe Global Markets (Chicago Board Options Exchange), two of the largest and oldest exchanges, proposing contracts that will allow futures trading of Bitcoin. It’s complicated, but to put it simply: The plan served as a major endorsement, showing that Bitcoin is being taken seriously by institutional investors, who may be able to add some stability to Bitcoin’s traditional volatile value.

What can you buy with bitcoins?

While the early days of Bitcoin were spent finding creative ways to pay for illegal drugs and strippers, pizza was one of the first mainstream items that you could happily (and legally) spend your Bitcoin fortune on. Today, Bitcoin can be used to purchase just about anything, though most transactions go toward online purchases. Some gift card companies also accept bitcoin, allowing easy conversion from vague digital currency into actual, real-life money that can be spent like any other kind of gift card.

Whether you’re looking to understand Bitcoin exchange rates at a base level or you’re seriously considering investing, the most important thing to remember is that security is paramount. With high demand comes high security risks, and Bitcoin is no exception.